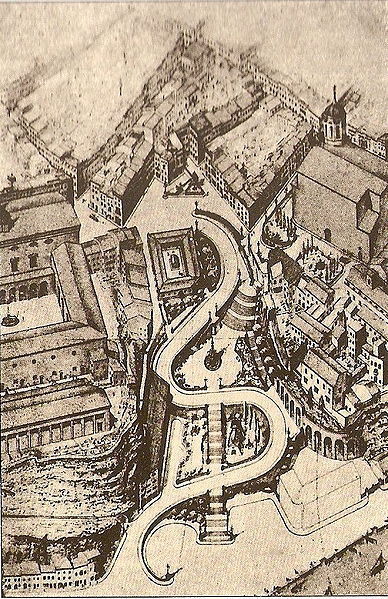 You are standing at the foot of the Costa de ses Voltes, the main access road between the city and the port area.

The Costa de ses Volta, built on the hillside in 1951, replaced the Costa Vella de Baixamar, which was heavily bombarded in the late 30s in the context of the civil war. Several buildings damaged by the bombardings were incidentally demolished in the 40s, but there are a few beautiful exceptions... 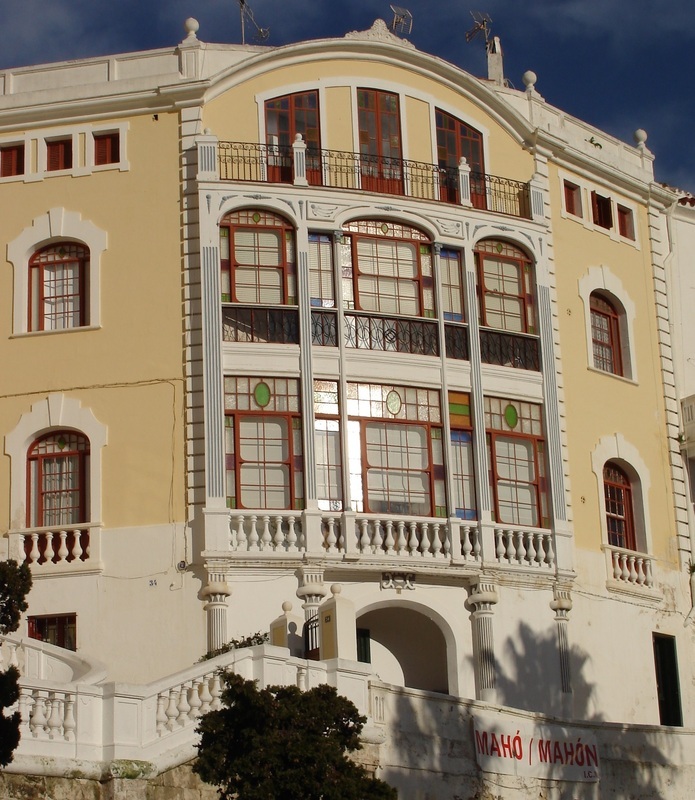 The Costa de ses Voltes allows us to gaze at one of the city's most emblematic constructions, the Casa Mir, dating from 1918: this superb structures illustrates well the trends of the early 20s modern era. 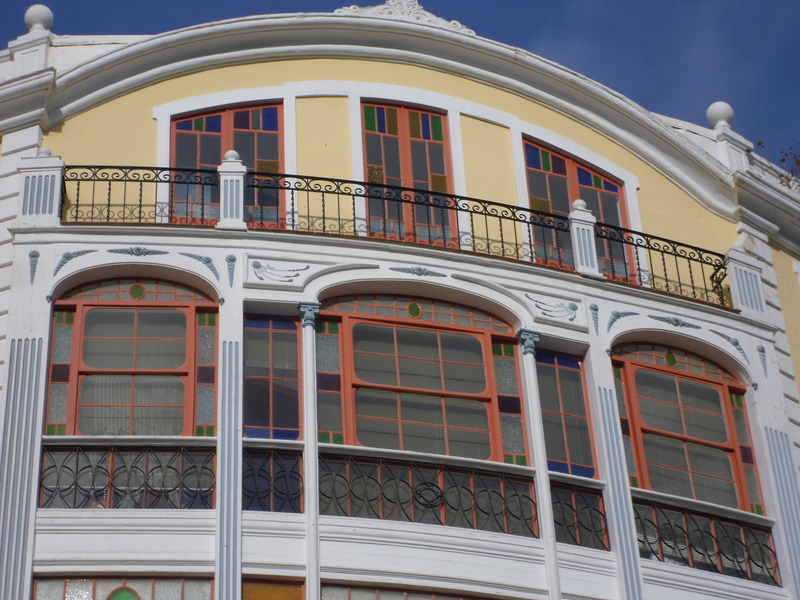 The Casa Mir is the work of the architect Francesc Femenias. He designed the plans of serveral houses and commercial buildings in Mahon and also supervised other important works for the municipality.

The facade is ornamented with magnificent balustrades, a glass wall with three horseshoe arches, cipolin wooden columns and four fluted pilasters, this under a patio.

Extract of
Mediterranean Tour in Mahon