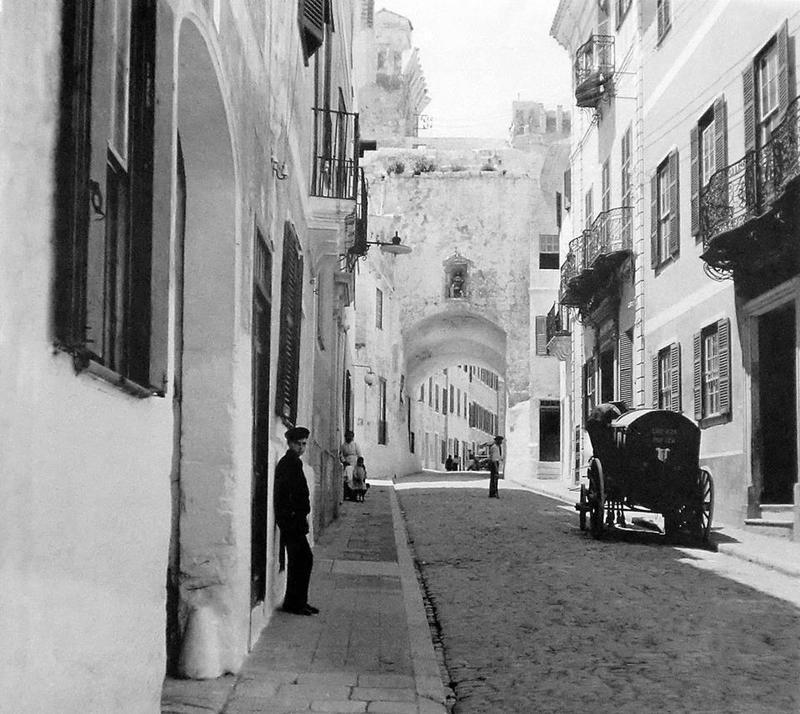 Four doors, of which the door of Sant Roc, that used to be an access to the fortified city of Mahon. Among those four doors, Sant Roc is the only one still existing nowadays.

The door of Sant Roc is also one of the rare vestiges of the medieval murals of Mahon. The latter were built on the Arab walls by order of King Alfonso III, at the end of the 8th century, to defend the city against enemy attacks. Only the seafront wasn't fortified as the cliffs form by themselves a natural defence. 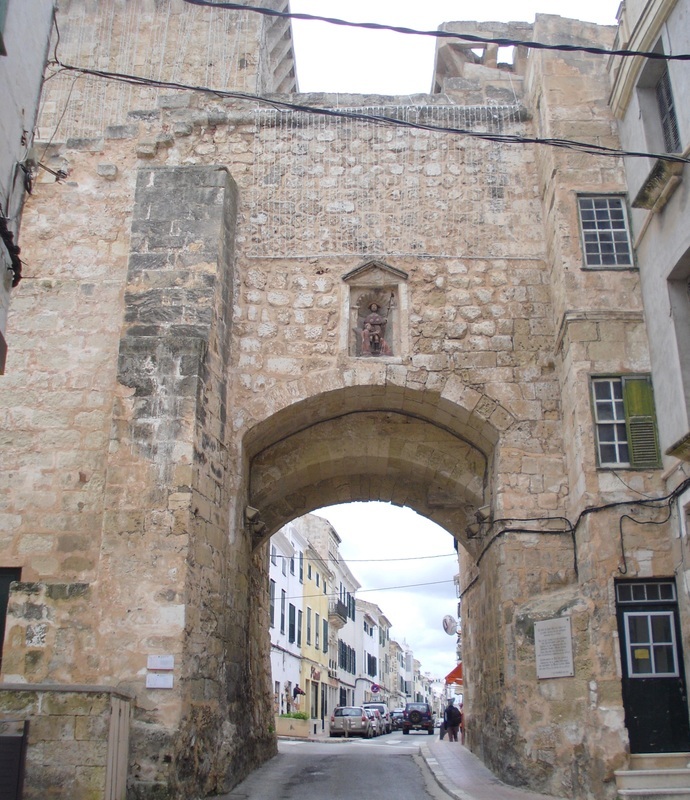 However, the murals didn't stop the Turkish to take the city. After Barbarossa's pillage in 1535, they had to be restored and reinforced. On top of the door of Sant Roc, there is only a fragment of mural left on the side of the port and another part on the former castle.

In the 19th century, the urban development definitely caused the disappearance of the city's murals. One of the two towers of the Door of Sant Roc is nowadays partially hidden by the buildings, while the other one gives access to the Bastion place. 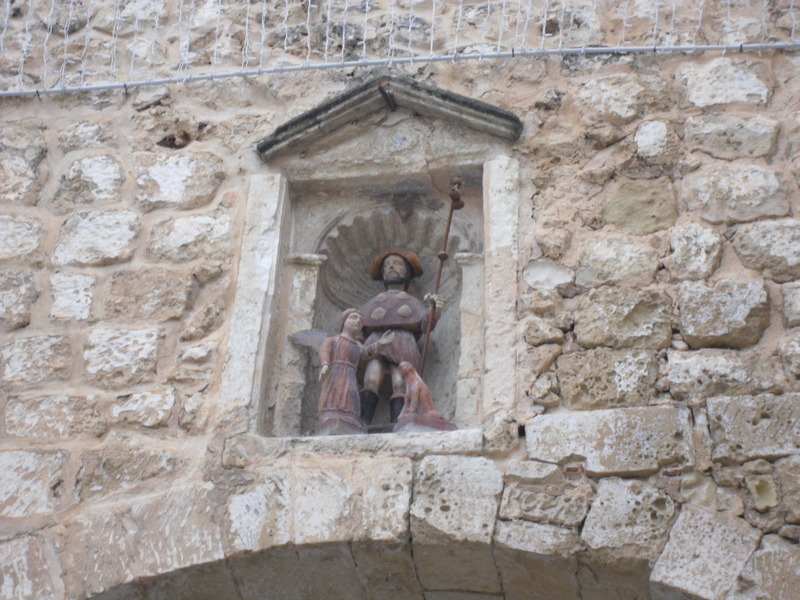 One of the interests of this place is a small image of Sant Roc with his dog, placed at the bottom of a doghouse.

To be seen around:
Once located in the walls of the murals, the historic center and its many stately houses are the witnesses of the commercial rise of the city and symbolize the economic, politic and military power that marked other eras.