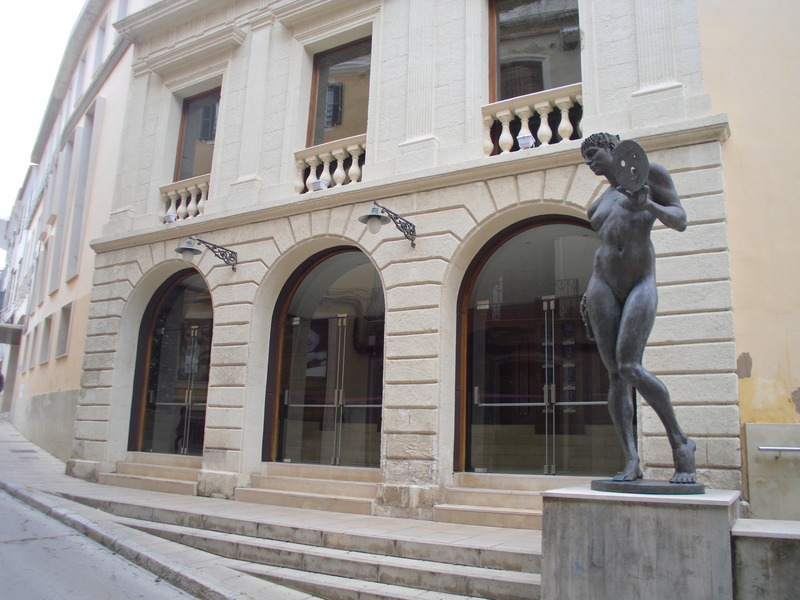 Here is the oldest opera theatre in Spain that still exists. The Main Theatre dates from 1829 and preceeds the Liceu in Barcelona and the Teatro Real in Madrid. This edifice was built by the Italian architect, singer and opera director Giovanni Palagi, who made the island is home in 1810. 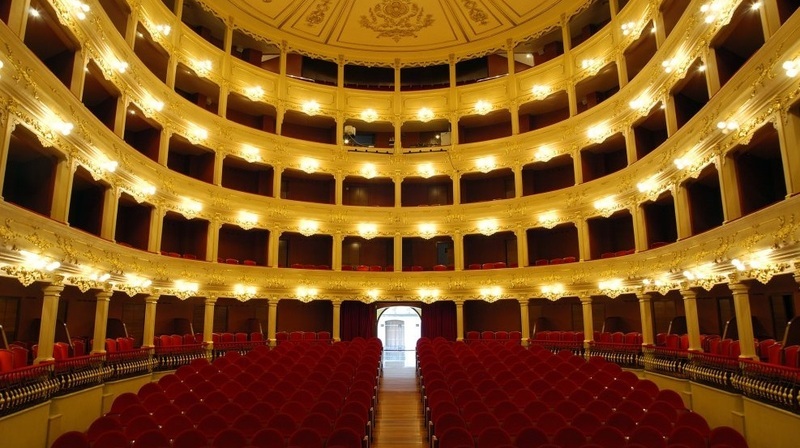 In 1839, the upper classes of the city made Giovanni Palagi responsible for the direction of the expansion project for the theatre in order to adapt it to the presentation of new lyric works from Italy. Palagi was then inspired by the plans and decorations of the Italian theatres from the 18th century. 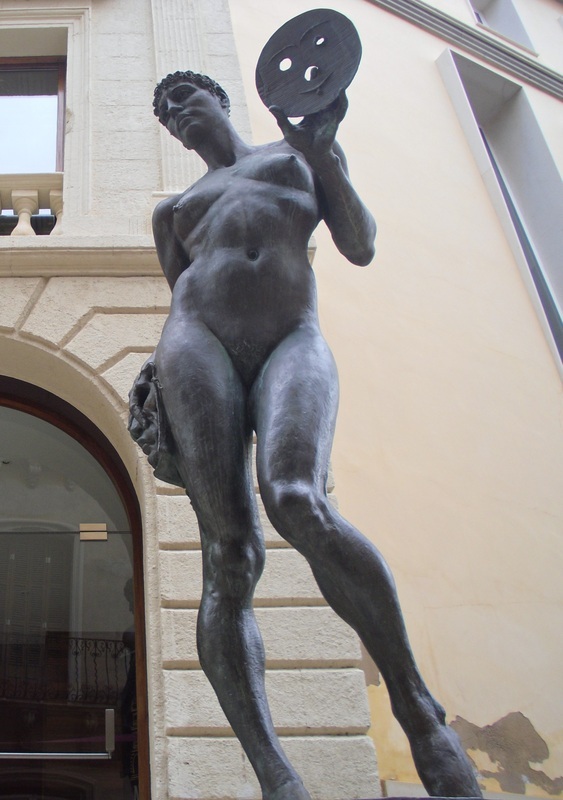 The last restoration project included a sculpture in front of the theatre's facade in order to showcase it, considering that it is discreetly integrated in its environment.

This sculpture also evokes a comparison between the artistic world and the urban environment. Maties Quetglas, famous Minorcan artist, was tasked with the creation of this work. He chose to represent the muse Talia, a symbol of comedy since Antiquity, under the form of a feminine figure with a classic line. This statue, three meters high and sculpted in bronze, rises on a pedestal, at the exact location of the junction between the former facade and the elongation of the new extension.

The first theatre was erected on the former Torre Rodona, still called bastión Buit, which was part of the city's murals.

Several improvements were carried out throughout the 19th century. In 1845, the acquisition of neighbouring buildings enabled its extension. Its neoclassical facade dates from 1859, when the inside of the theatre was also restored. Its horseshoe-shaped room has a patio with a low slope surrounded by 16 arches supporting three floors as well as the gallery.

The Main Theatre offers a varied program and hosts famous theatre and opera performing shows. During the months of July and August the Music Festival of Estiu takes place, which counts among its guests world-class artists. In June and in December there is the opera week, very renowned in the lyrical sphere.