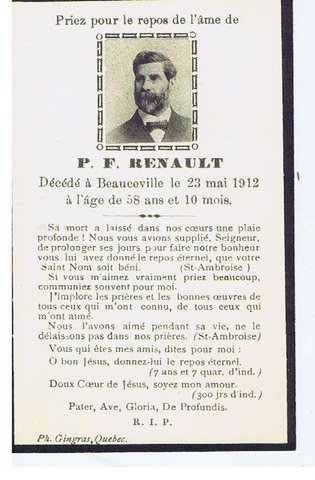 Having moved to Saint-François-de-Beauce during spring 1881, P.-F. Renault established a small grocery store on Principale Street. This store became, in the early 1900s, the most important general store in Beauce.

From 1906 to 1908, P.-F. Renault was also mayor of Beauceville, president of the rural phone company (compagnie du Téléphone Rural) and of the Michel Montreuil Foundry in Beauceville. He lived in the house now located at 702 Renault Blvd., a boulevard named after him.

Source: Archives from the Beauceville Cultural and Heritage Committee (1912)

The Renault store was located where what is now Place Beauceville (618 Renault Blvd.). Up until it was sold in 1967, this store was the place to visit to purchase basically anything: furniture, ironwork, groceries, linen for the house, building materials, fur coats and even Ford cars!

Ice break-up at the Renault Store 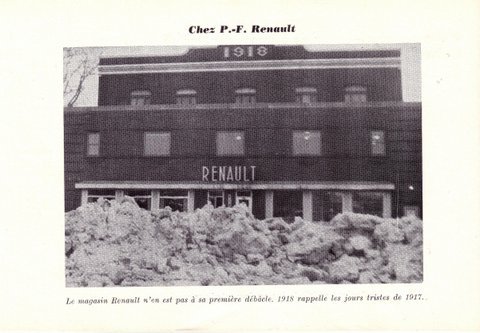 After the death of P.-F. Renault in 1912, his son Henri-René took over management. In 1917, the damage caused by the ice break-up forced him to relocate the store on 2nd Avenue.

Source: Archives from the Beauceville Cultural and Heritage Committee (1918) 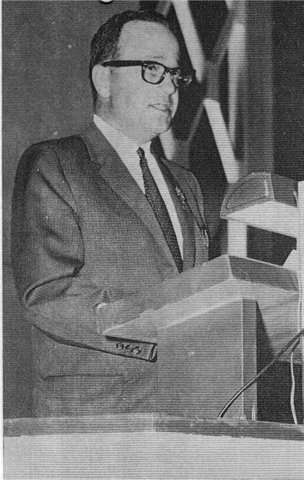 From 1942, P.-F. Renault's grand-son, Jacques, presided over the future of the renown business. He as well was a very active mayor of Beauceville: he was behind the establishment of the Saint-Joseph de Beauceville Hospital, the heightening of the Renault Boulevard in 1964 and the opening of the cultural centre in 1967.
On that same year, the Renault business was sold to the Coop Store from Beauceville that dissolved the company in 1981 for the benefit of Place Beauceville Inc., a shopping mall built in 1986.