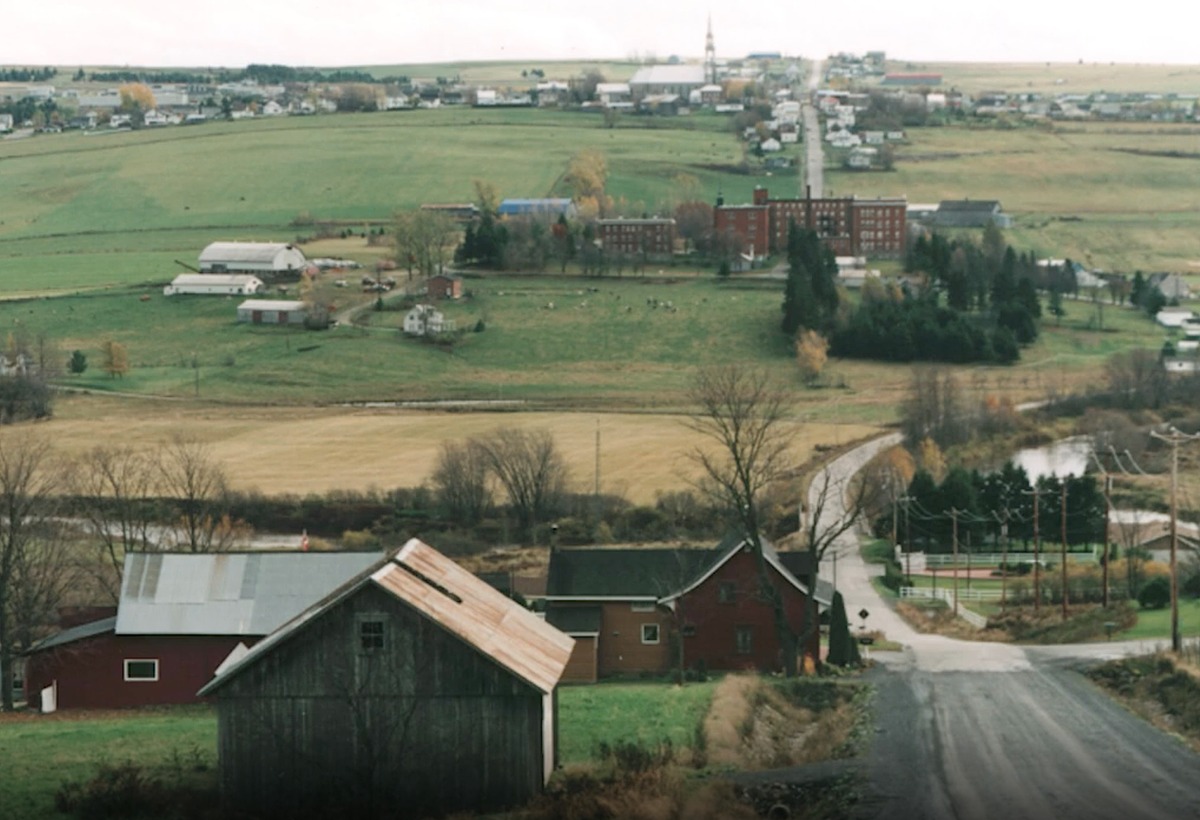 Lambton Road was the trail used by the Abenakis people who traveled from the Chaudière River to Lake St-François, via the Le Bras River that winds through Saint-Victor. It was a natural way even before the arrival of the first pioneers in the area. It followed the Le Bras River on its north shore. To help you locate, the current Road 108 follows the river on its south shore. 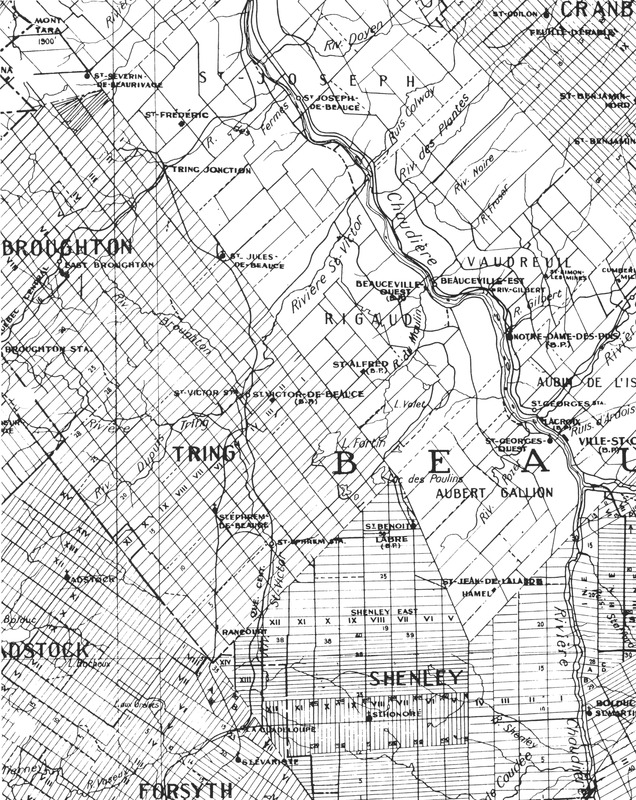 The land clearing in the Tring Township started around 1834. Three farmers,  Augustin Bolduc, Alexis Poulin and François Doyon, back from moose hunting, went through the back of the second rank in Tring. They were struck by the richness of the land. A year later, they each marked a land that they cleared.

Six years later, in 1840, Beauce pioneers really settled on the territory to clear land, build and dream of a better life.  Saint-Victor was the first parish of the area, and was officially established in 1852. 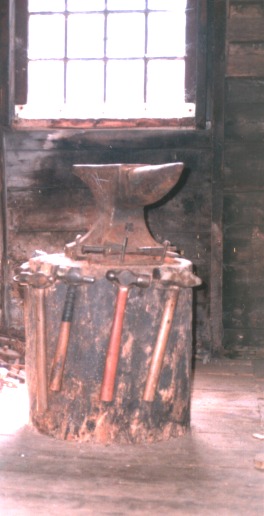 With the arrival of the tractor, the blacksmith trade progressively disappeared.

In the old days 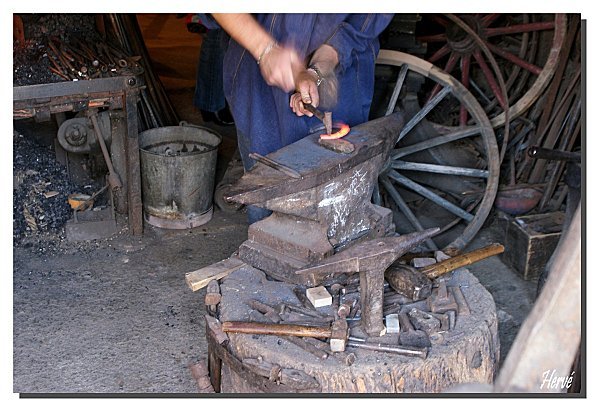 But in the old days, the blacksmith made tools, hitches, harnesses, all kinds of cars; he shoed horses and cattle; he worked with wood, iron, sand and leather. He was essential to everyday life. The blacksmith also sometimes knew how to treat horses.

One of Saint-Victor's first blacksmiths

One of Saint-Victor's first blacksmiths was named Augustin Bolduc, but was nicknamed Capson. His house was built according to the Canadian model found in the Lower St-Lawrence area. This model is itself based on houses from Normandie, where most of the first Beauce pioneers originate from, but was adapted to face Quebec's harsh climate conditions.