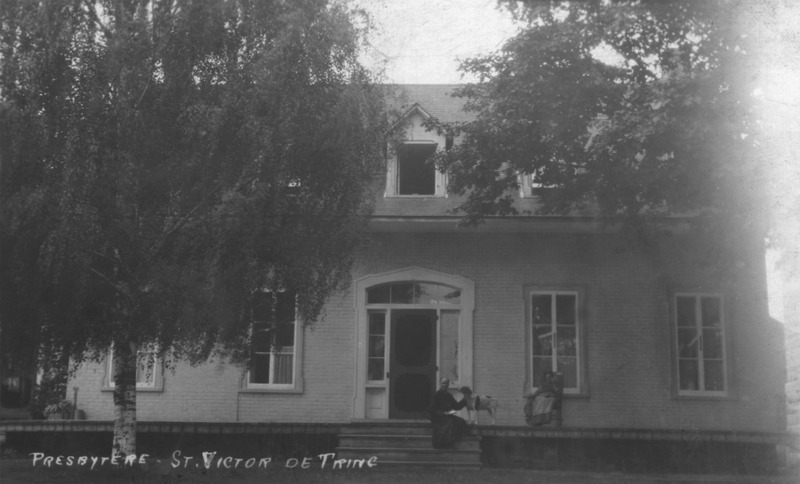 When Saint-Victor's first parish priest, Léon Provancher arrived in 1848, the presbytery was under construction. A new one was built in the 1870s. 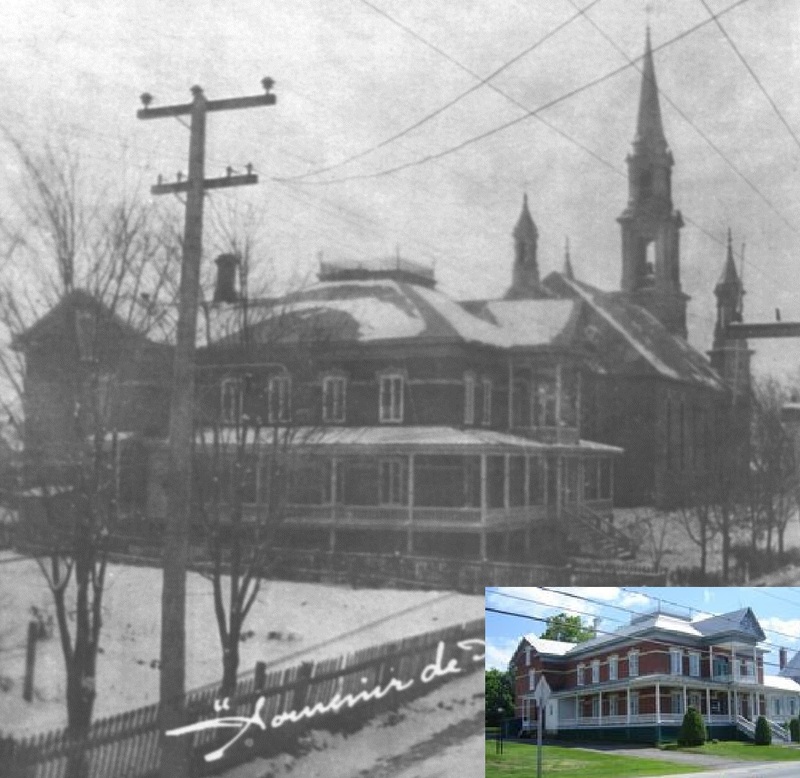 The current presbytery was built in 1912 for $12,000 under the parish priest Denis Garon. It is a Four Squares-type building, also called the Cubic house. It is a popular style of the American vernacular architecture that was widely spread by American catalogs. With 2.5 storeys, this type of house usually has four rooms on every storey, has a four-sided roof, and generally one gable or dormer window on the façade. In front of the presbytery, a house built by Louis Turgeon in 1914. He was mayor of Saint-Victor for several years. We will talk more about him later in the tour.

Saint-Victor's presbytery is now home to La Victoroise, a rural-style, "boutique café". On the premises you can buy local products, maple by-products, fruits and vegetables, as well as artwork from regional artists and craft products. Bistro tables are set up on the porch in summer, and a fruit and vegetable stand complements the food offering. A few farms from the village sell their products here, including Écoloveau, that sells veal meat, and Fort-Rajo, that raises pure blood, registered Highlands cattle.