A Small Sawmill on the Rivière-aux-Rats 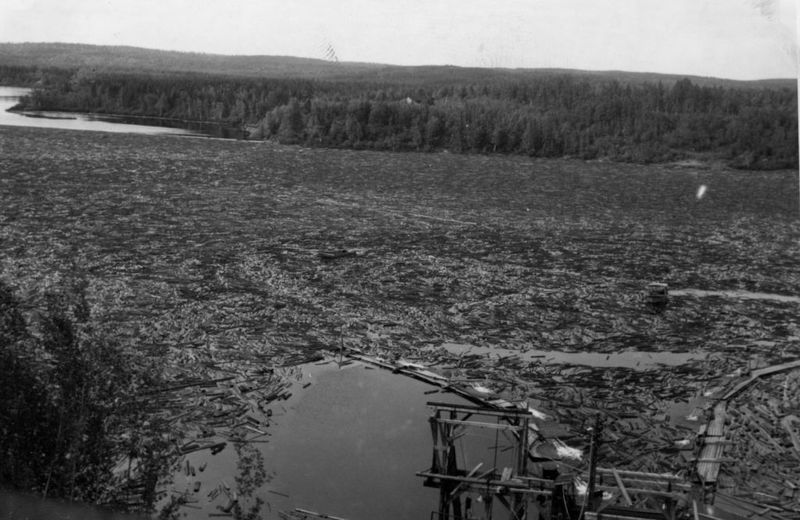 It is believed that the first sawmill located on the edge of the Rivière-aux-Rats was begun by Béloni Couture and his 7 sons, originating from the United States. Around 1895, this family of mechanics settled on 8 lots on each side of the river and they built a dam at the first waterfall, as well as a small sawmill powered by a wooden wheel operated by the river’s current.

Settlers in the area all came to saw their wood at the Couture’s small mill. The Couture’s had placed six, 7-foot saws one next to the other, which allowed 6 boards to be cut at a time. However, the bigger the log, the longer it took to trim. Trefflé Laforest, who worked for some time at the mill, said the cutting of a 12-foot long and 15-inch diameter log took15 minutes, and saws could be adjusted to decide how to cut the log according to the desired thickness.

Like several other early arrivals in the area, Trefflé Laforest had a first house built with boards sawn at the Couture’s mill. The mill produced day and night with 2 to 3 workers at a time. Its performance, however, was only adequate for 2 or 3 years, before Arsène Perreault’s mill took its place. The new mill’s round saw was faster than Couture’s ‘’hunting’’ saws.