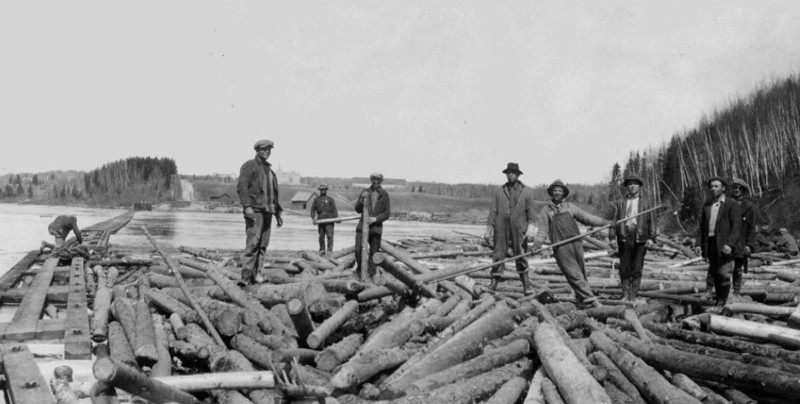 1840 saw the beginning of the traces of forestry operations in the region. The forest industry did not position its plants in the middle of the resource, but rather in towns and villages. Bush logging was done later in logging sites.

To forward the wood to the mills, strong river currents were used. This method of floating wood, called the log drive, required preparation in the spring. The logs had to be in place when the rivers were free of ice.

Workers, sometimes only 17-years-old, were required to ensure that the wood slithered down the rivers. They had to react quickly. Armed with poles to fight ice jams, they had to leave a boat and run along the floating logs with their hobnailed boots. They sometimes even carried heavy tree trunks on their shoulders. These adventurous people worked under extremely harsh conditions that hardly ever improved.

If loggers at least had a heated camp and a good bed at night, things which they did not enjoy in the early days, it remains that the log drive was extremely trying. Men got up at four in the morning. Their drenched clothes often could not dry overnight. The work of the log-driver required tremendous effort; they were fed baked beans and tea four times a day.