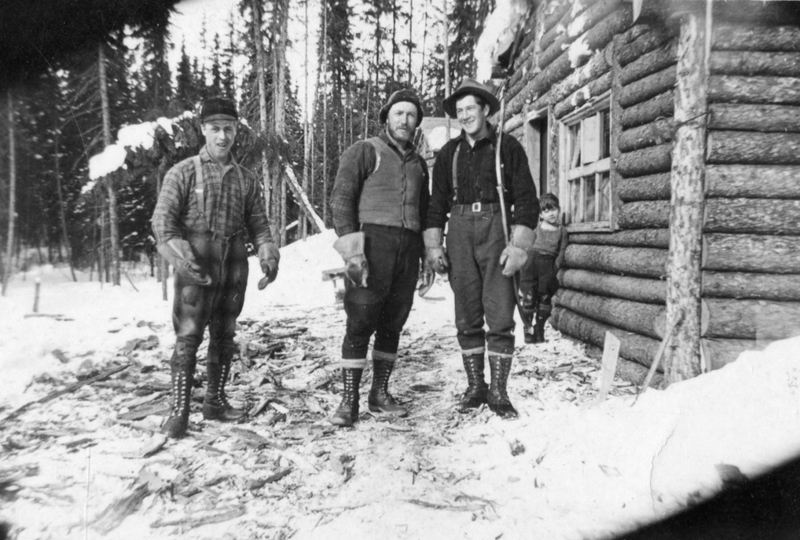 Arthur Laforest, who arrived at St-Eugène around 1899 or 1900, reported that, until 1911, there was no-one beyond the first 2 or 3 acres along the Rivière-aux-Rats. Beyond the inhabited area, there were an untold number of fir trees from which gum, known for its medicinal properties, was harvested. The very idea of collecting the gum came from the Iroquois who ate the young shoots of the white pine to heal themselves.

Adélard Bouchard, another early resident in St-Eugène, which at the time was part of Mistissini, recounts that even before the construction of the Couture mill, people had to build their home "piece by piece", since the mills were too far and the sawing cost too much. Ground moss caulked the dwellings, and the houses were built with a wooden mallet.

The forestry life was a gold mine for the settlers of Rivière-des-Rats. As early as 1889, Home acquired land in Canton Pelletier for logging purposes. Then, in 1920, the Price company bought up concessions to the south of the Mistassini River.