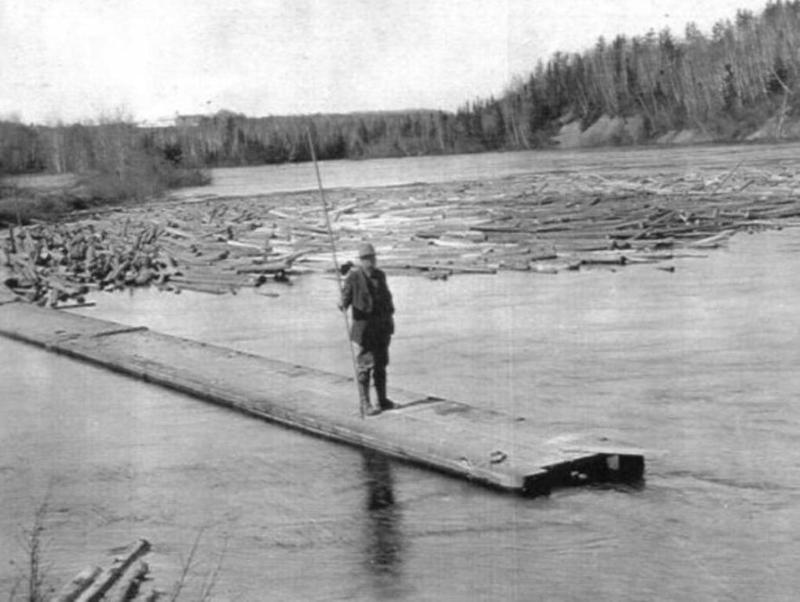 As the wood was cut was far from factories which were positioned near the rivers, the cut timber was routed using river current. However, several phenomena could interfere with the floating wood. The formation of ice jams was one of them, and the log-drivers were hired to find a solution. Another potential obstacle was a slow current.

In fact, river currents could not be strong enough to carry the logs to the mills. To remedy the situation, the forest industry built locks on waterways where the log drive was practised. So, when the current was not strong enough, the locks could be opened, which freed the contained water which added force to the current.

So the process went quickly and efficiently, positions for lock-keepers were created. The keeper lived near the lock and his role was to open and close the sluices on the company’s orders. People commonly called this action: "opening the shovels." Thus, the water level was controlled by adding and removing large planks of wood.

The keepers’ home was located on the site’s park. In the evenings, it became a place of social gathering in the vicinity. The inhabitants of the villages flocked to meet, play cards with the keepers and have good times. Picnics were also sometimes organizing during the day, especially on the weekend.