During the winter of 1874-75 the Oblates of Métabetchouan Trading Mission were plannign to move the chapel they had built in 1859. They sought to locate it better and join more of the faithful.

In winter, the community of Pointe-Bleue welcomes an unusual load: horses drag immense pieces of cedar an entire bell tower on the Pekuakami ice. Missionaries assisted bye some  Pekuakamiulnuatsh then undertake to assemble the old chapel of Métabetchouan on the Uapakalu Street, at the height of the current railway.

Chapel now has an elevation and a panoramic view of the Pekuakami.

« I would say that nothing equals the charm of a midnight Mass heard in the chapel of Pointe-Bleue, » write a traveler in 1891.

It must be said that Father Arnaud endeavored to embellish it! The following Christmas, he asked the Quebec authorities to obtain a bell for his mission form the lake.

In 1896, one imagines to build another chapel, but it is in 1899 that one acutally ceases to use it. Some burials in the old cemtery of the chapel were moved to the new Mashteutiash cemetery. The purchase in 1903, of a new lot for the cemetery, allows the transfer of burials in the early 1910s.

Funds are accumulated  for the construction of a new church in the summer of 1896. 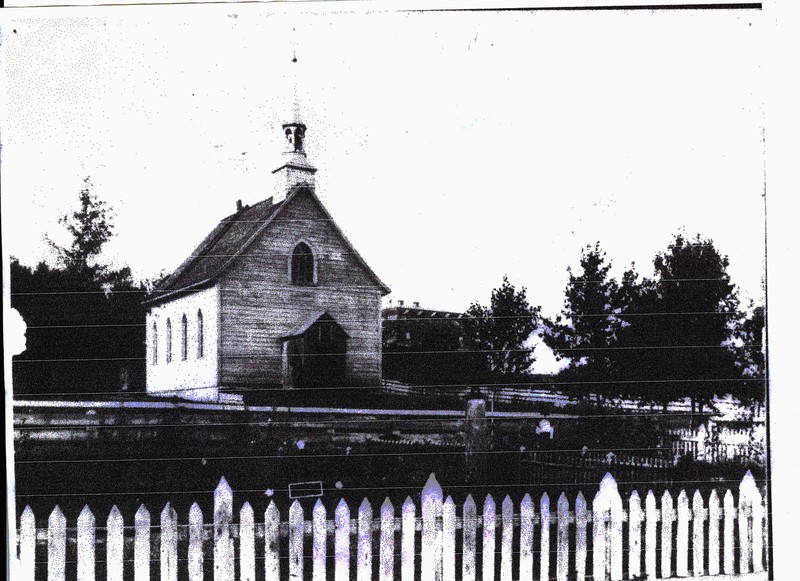