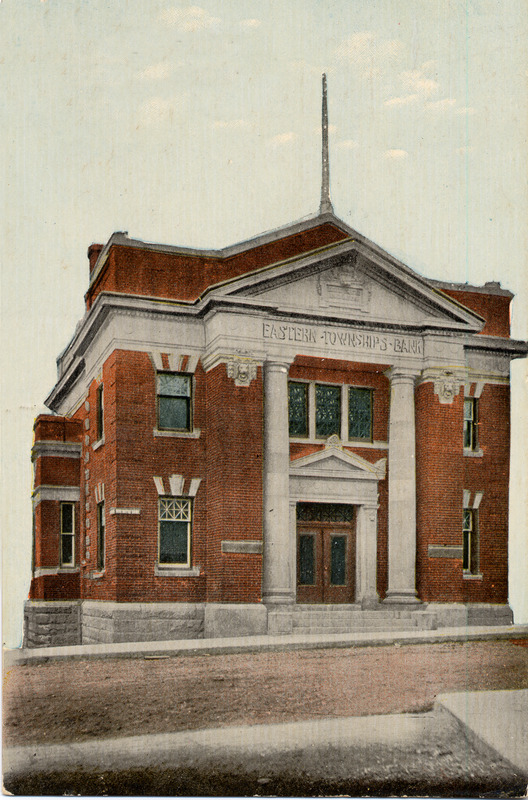 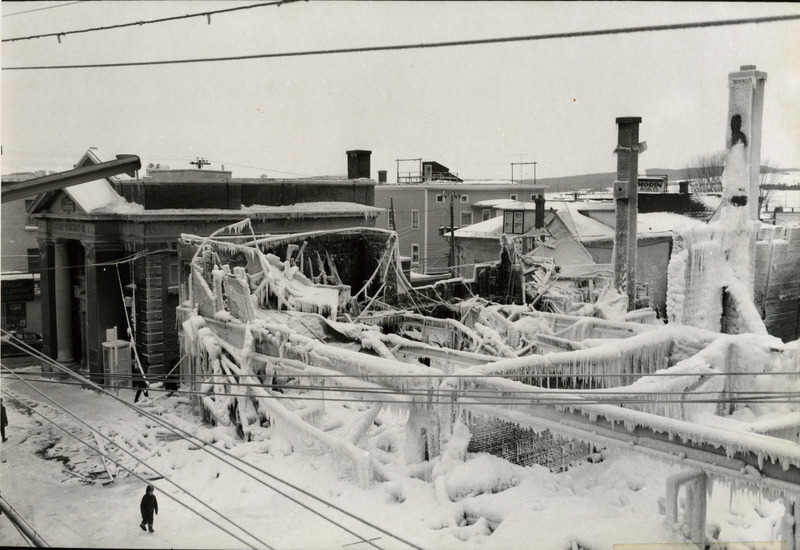 In the 19th century, the Canadian banking system followed the English model and was characterized by a limited number of branch banks, including the Eastern Townships Bank. Founded in Sherbrooke in 1859 by a group of most influential businessmen in the region, this regional financial institution was initially financed by local residents. At the inauguration of the bank, about 90% of the capital was held by Eastern Townshippers. At its peak in 1912, it operated 103 branches in Canada. It remains one of the most successful small town banks.

It was in full expansion when it opened a branch in 1904, in a new building in the city center, at the corner of Notre-Dame and St-Joseph Streets. The Thetford Mines region was experiencing significant growth due to the development of the mining industry. The city attracted many workers, businesses and banking institutions. It was M.H.A. Short who was then appointed as the director of the banking center.
A few years later, however, this bank struggled to compete with the larger banks headquartered in Canada's major urban centers. It was finally acquired on March 1, 1912 by the Canadian Bank of Commerce, then looking for a network of branches in Quebec to reach a francophone clientele. The Canadian Bank of Commerce had only two branches in the province, one in Montreal and one in Quebec City. This acquisition became the largest merger in the banking system.

The Canadian Bank of Commerce was founded in 1867 in Toronto by the Honorable William McMaster, a businessman and patron. The Notre-Dame Street building housed this bank until 1961, when it merged with the Imperial Canadian Bank, which was founded in 1875, also in Toronto. The new entity became the Canadian Imperial Bank of Commerce (CIBC), which is still today in the same location.

The building has amazing architectural features that allow it to stand out from its neighbors. Of neo-classical style, this building is, like several bank branches of the time, two-storey, square-shaped flat-roofed. The building is distinguished by the elaborate decoration of the brick and the stone by the corner joints, the Doric columns and capitals, the sculptures and other elements of style which compose the ornamentation of the facade. The portico is surmounted by a pediment indicating the date of incorporation (1859) of the Eastern Townships Bank. The building escaped fire on the night of February 20, 1965, which destroyed neighboring buildings, the Chez Vogue clothing store and Demers ironwork. The building was renovated in the years 1980-1990, while preserving the original architecture.