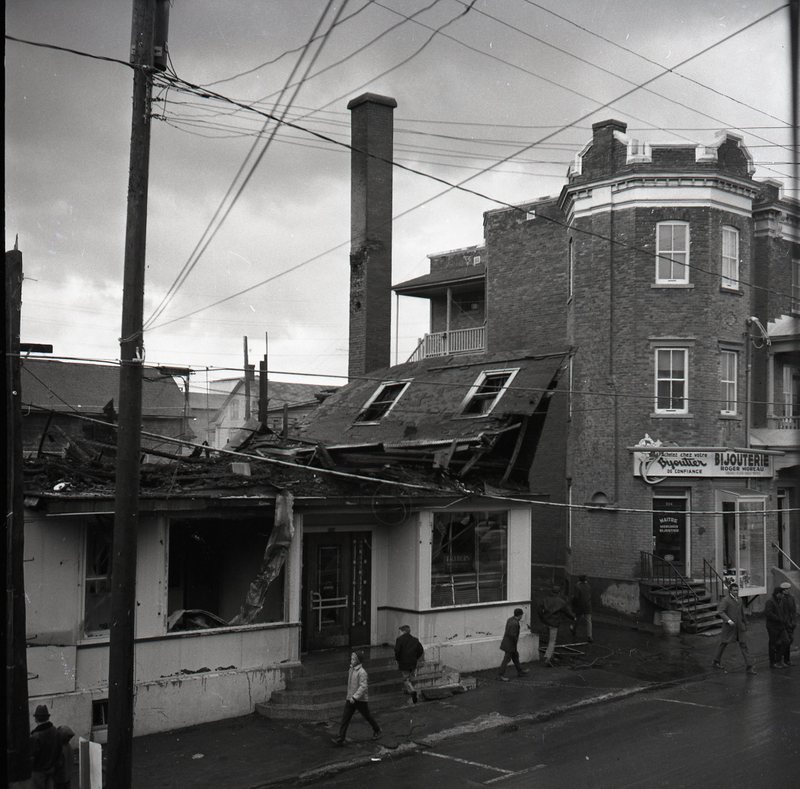 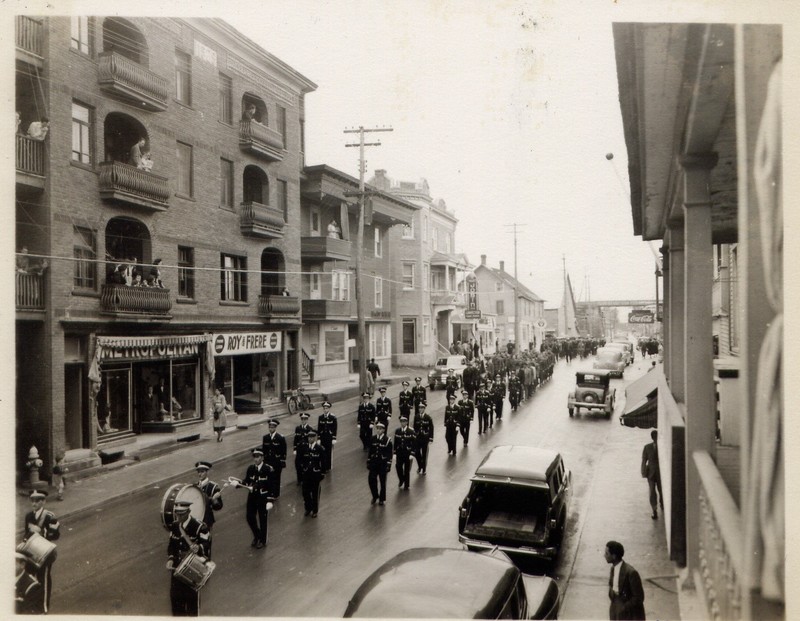 Around 1950, on the site where the Pioneer Place is currently located, there where two buildings housing shops and residential dwellings.

Pioneer Place
Between 200 and 216, Notre-Dame West

The Town of Thetford Mines was born and developed following the needs of the mining industry. This unique characteristic marked its history and its population.
Before the discovery of asbestos in 1876, the present territory of the town of Thetford Mines remained for all practical purposes uninhabited. The occupation of the site was slow, and at that time there was hardly anything there except for a few isolated farms along the existing route.

This territory, which occupied a plateau of the Appalachians, was characterized by a soil unsuitable for agriculture and by the few navigable roads or waterways. Indeed, the near absence and poor condition of the roads limited access to the region. The place was halfway between Quebec City and Sherbrooke. It was therefore outside the influence of the major centers and outside the network of exchanges associated with the St. Lawrence River and its tributaries. There was, therefore, no evidence to justify the formation of an urban core at this location.

That's why the arrival of the asbestos industry was going to upset the region's economy and the development of this territory, setting a precedent in the history of Quebec. For the first time, a city was born in symbiosis with the mining industry and developed thanks to it. Thus, the discovery of asbestos would allow the establishment of a permanent population there.

From the outset, the expansion of the mines caused the rapid development of the place that would give birth in less than thirty years to a real city, Thetford Mines. Although a fire almost completely ravaged the village in 1881, everything was rebuilt two years later. In 1883, the citizens of Thetford had their first general store, a bakery, and two boarding houses to house the seasonal labor of the mines. Since the fire that ravaged the two imposing buildings on the site in 1963, the space remained vacant until 2005, while an initiative of the City makes it possible to arrange this place of memory.

The Pioneer Place was then built and inaugurated in the summer of 2005, to pay tribute to its first inhabitants. Sketches of the different classes of Thetford society in its beginnings, the steles symbolically underline the importance of their role in the fabric of the city. Men and women, contributed in their own way, to shaping the particular identity of Thetford Mines.

In the summer of 2011, the Thetford Mines Area Genealogy and Historical Society, in collaboration with the Thetford Regional Archives Center, enhanced historical information with each of the stylized characters represented in the park. The Pioneer Place represents the symbol of a past still alive in the present. It recalls the contribution of its first citizens to the history and development of the city.

On the left wall, it is possible to admire a magnificent mural realized in 2010 by young people of the "Réseaux d'entraide des Appalaches" supervised by the painter Martine Cloutier. This mural is entitled "Cultivons nos lendemains".