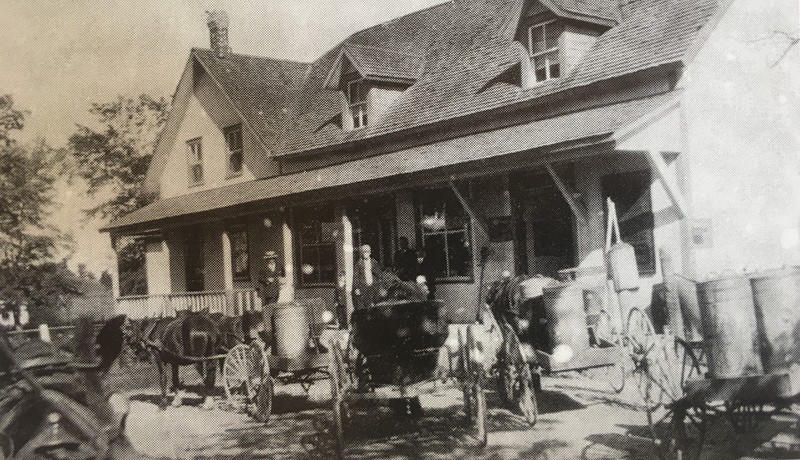 In 1887, Emery Lalonde married Alexina Gareau and a few years later, they moved at the corner of Orient. They ran a general store that was home to a post office. In the store, one could find everything from food, fabric, toys, paint, feed, etc. 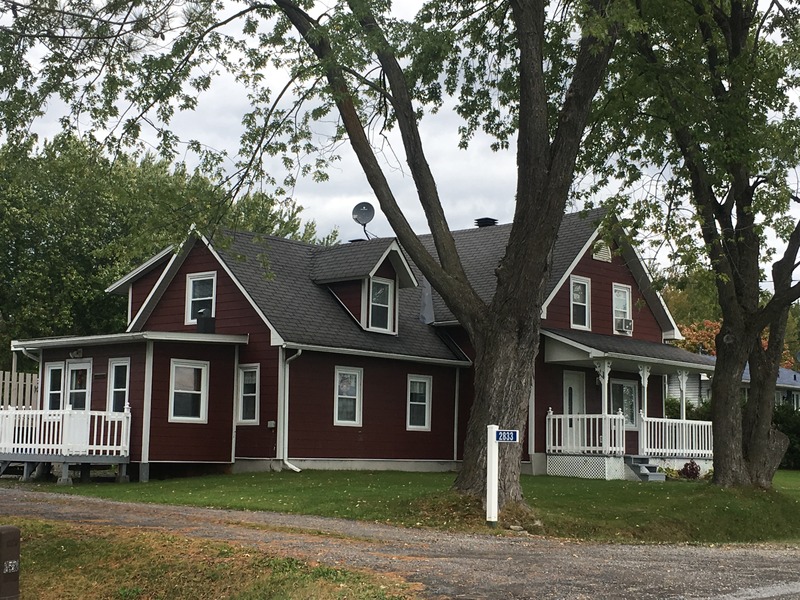 This picture of the same building was taken in 2017.

The local hamlet established since the early 1900s is located at the corner of Baseline Road and Du Lac Road. At the begining, we could find close to twelve houses, as well as a cheese factory and the Éméry and Fernand Lalonde general store.

At the time, with no electricity, the perishable goods were kept in a refrigerated room cooled by large ice blocks cut from the Ottawa River at Clarence Point. The blocks were transported on big sleds pulled by horses. Éméry’s son, Fernand Lalonde, later bought his father’s store. In 1953, the store was sold to Conrad Desjardins.

Éméry’s cheese factory was operated by Gérard Lalande. In 1950, Lancelot Maisonneuve purchased it but it eventually closed its door with the amalgamation of cheese factories in 1955. Today, there is no more store and we can find a dozen houses.