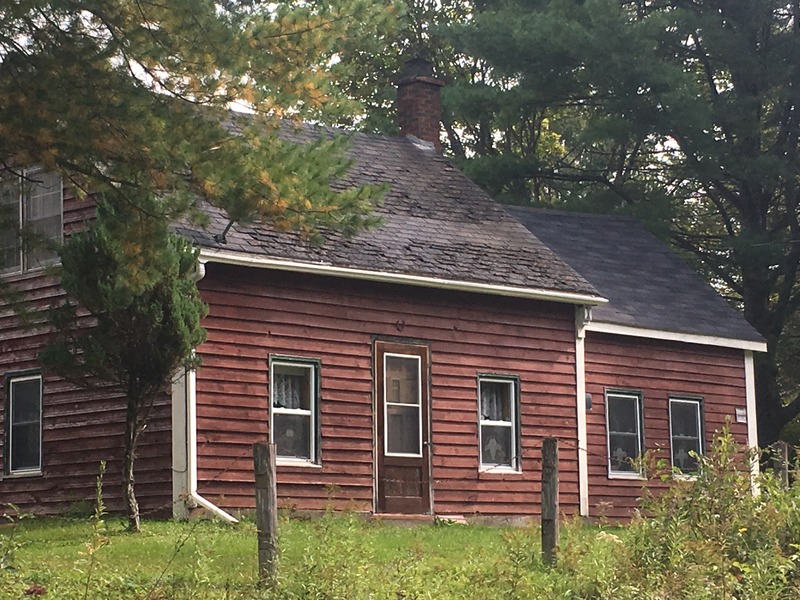 This house is one of the oldest that remain in Saint-Pascal-Baylon. This picture was taken in 2017.

This house is considered an historical site given its typical architecture and its history.

Around 1860, five members of the Guindon Family; Théophile Alexis, Isaac, Paul, Cléophas and Nicholas moved to Saint-Pascal-Baylon, then known as ''The Lake''. In 1880, Nicholas and Elmire Guindon purchased this property, but we don’t know to whom this house belonged before.

In 1912, Michel Guindon, son of Isaac, purchased his uncle’s property. In 1917, Michel’s son, also named Isaac, purchased the family home.  He lived in the house with his family until 1957.

This house is one of the oldest that remain in Saint-Pascal-Baylon. While the exterior finish has changed, no rooms were added and it has kept its ancestral look. Most of the interior remains the same. The massive wood beams and the original wooden walls remain intact.

The farm buildings were built in 1915. Behind the house, there’s a small building that is now used as a shed.  We do not know when it was built. The owners never renovated this building. It is covered with over 150 years shingles. Since the building includes many windows, and many sections, including a very old exterior toilet, attached to the building, it can be assume that the building was used as a home at some point.