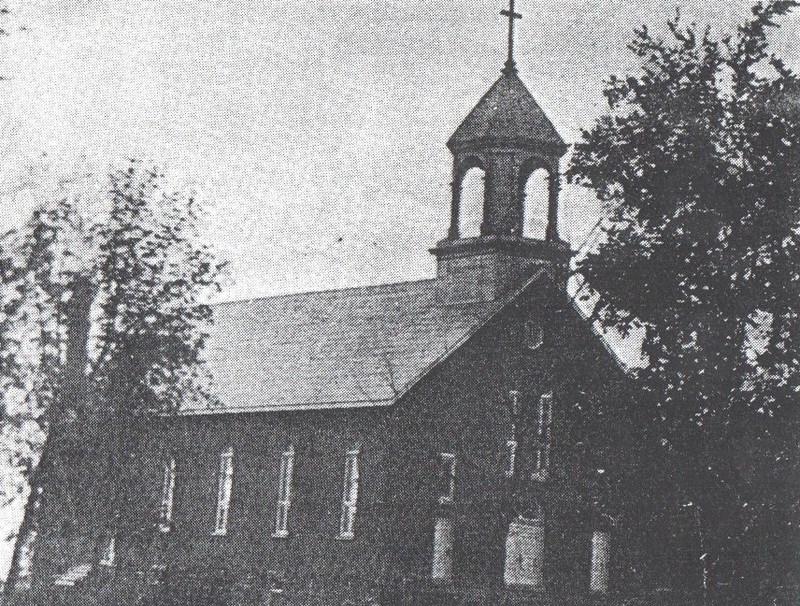 The first church of Saint-Pascal-Baylon was built in 1908. It was destroyed by a fire in 1943. 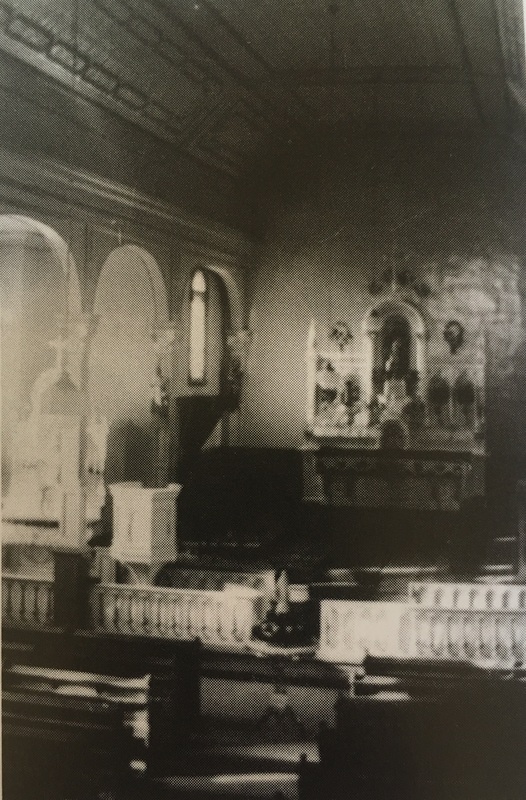 The first priest was Father Esdras Guillaume Barette who remained until 1911. 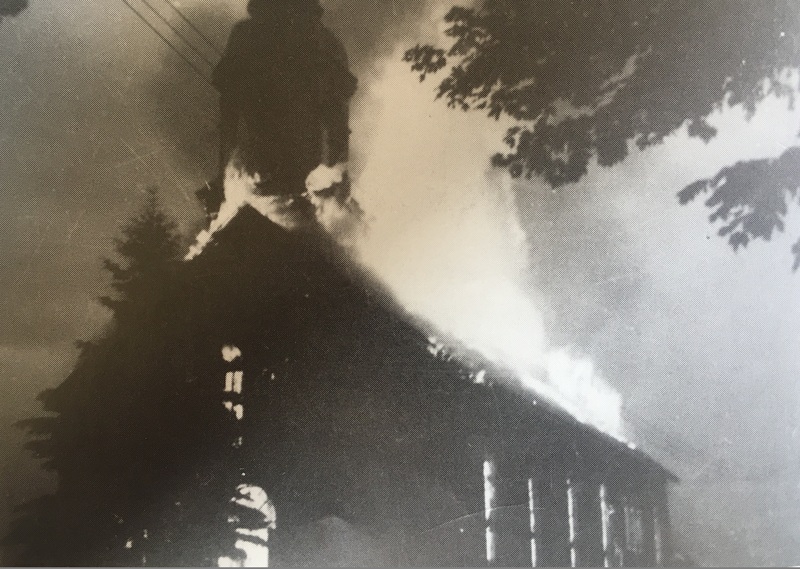 On the morning of June 20, 1943, the villagers were alerted by a hysterical voice shouting: ‘’fire, fire, the church is on fire!’’ 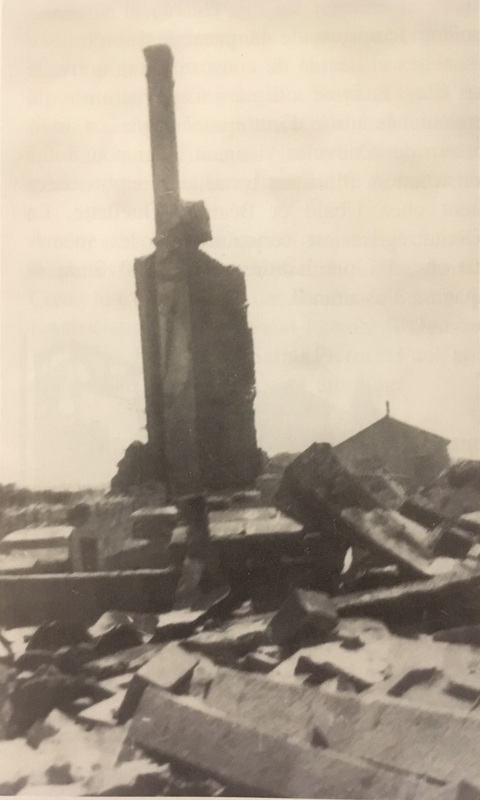 This picture was captured following the fire that ravaged the first church in 1943, only the chimney remained standing. 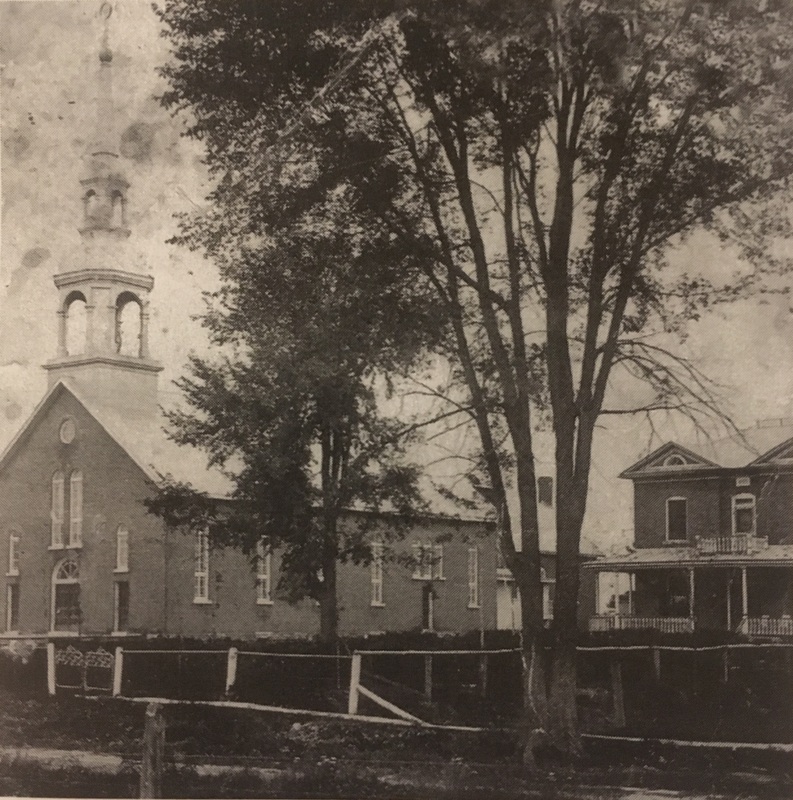 View of the second church and the presbytery of Saint-Pascal Baylon. 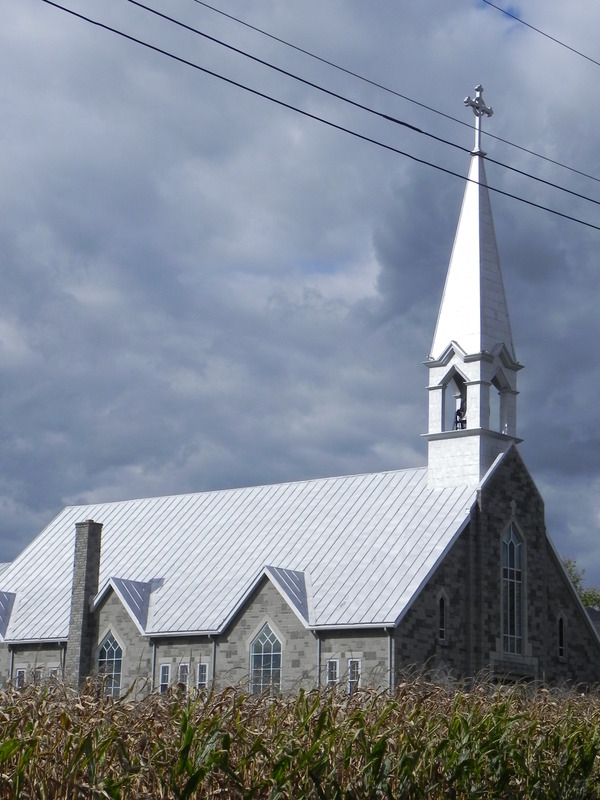 This picture of the church was taken in 2017. 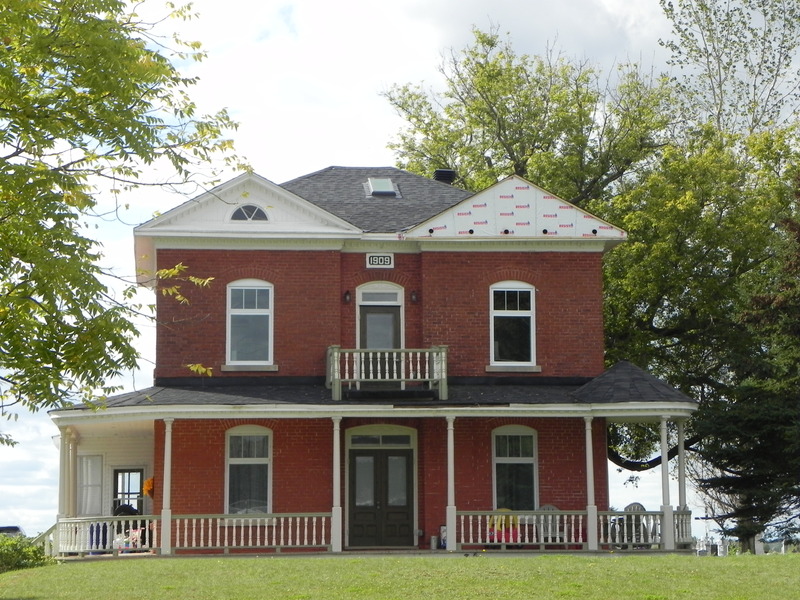 The St-Pascal-Baylon church and presbytery are considered local historic sites given their religious significance within the community.

On June 12, 1907, the Ottawa Diocese received a visit from five representatives of the Ste-Félicité parish in Clarence Creek. They presented a list of 87 proponents for the creation of a new parish in their small community called The Lake.

In 1911, Father Joseph Éthier made several changes within the church; a sacristy was built, a church hall was added in the basement, and stations of the cross were created. The parishioners renovated the church again in 1942.

On the morning of June 20, 1943, the villagers were alerted by a hysterical voice shouting: ‘’fire, fire, the church is on fire!’’ When the villagers arrived, an unforgettable scene unfolded before their eyes - the flames were already shooting out from the roof! The men of the village, at their own risk, scrambled to remove the benches, statues and stations of the cross from the burning building. On October 15, 1944, the newly rebuilt church was blessed. This church was built on the foundation of the original one.