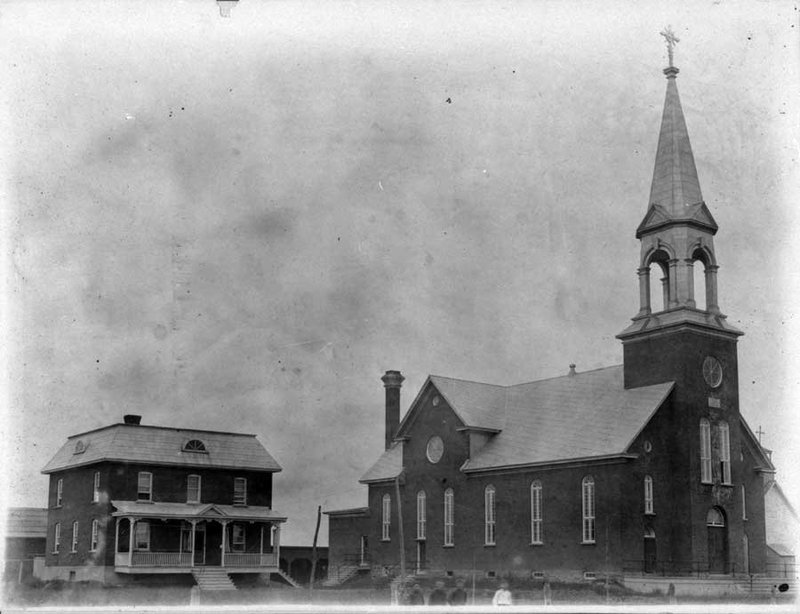 The St-Mathieu church and presbytery are recognized as local historic sites given their architecture and their religious significance within the community. 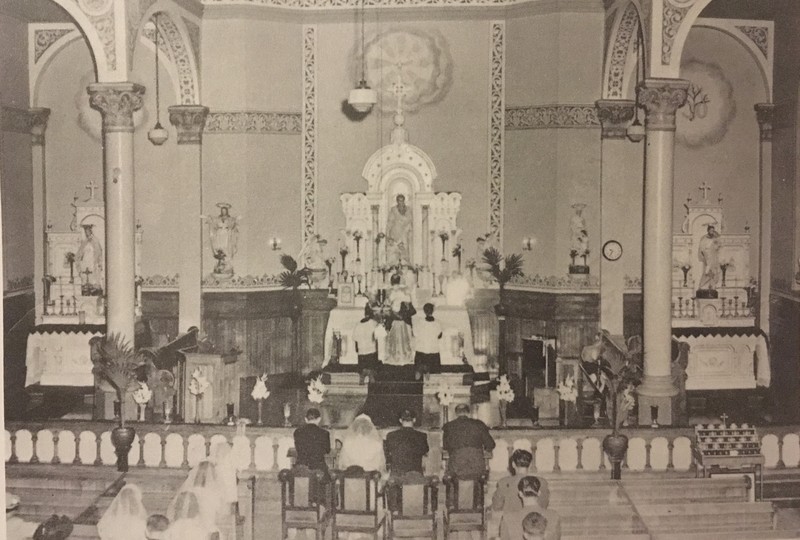 Historic photo of the interior of Saint-Mathieu church. 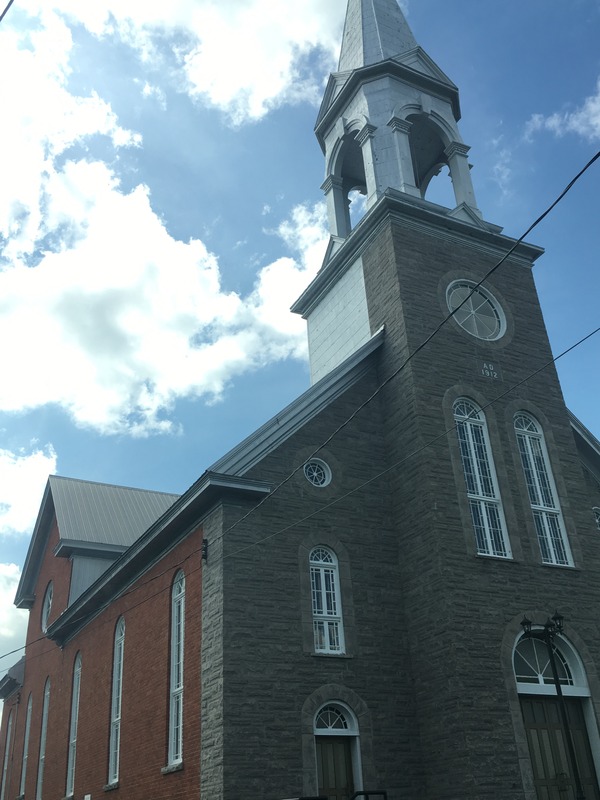 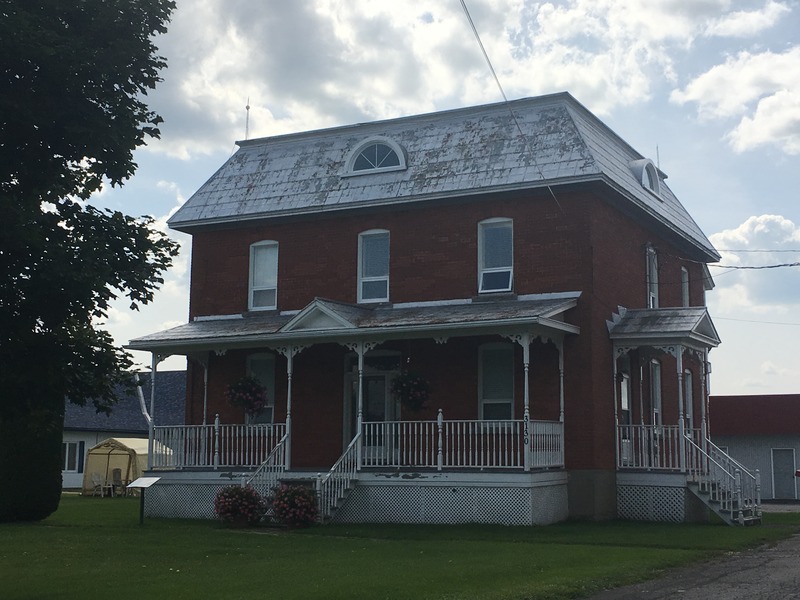 The presbytery was built by the same contractors, at the same time as the church in 1912. The work done cost $3,280.

On April 7, 1902, eight men - James Butler, Adélard Bruyère, Peter Butler, John Yandon, Louis Franche, Alfred Gendron, Thomas Butler, and Arthur Collins – each agreed to donate $5 annually, for five years, to the Episcopal Corporation of Ottawa. This was meant to help with the construction of a building that would be used for worship and education. On August 25, 1902, Mr. Cameron Edwards and his wife sold the land where the school-chapel would be erected (where the Caisse Populaire today stands) for one dollar. The land eventually housed the church hall once the new church was built.

In April 1911, Bishop J.O. Routhier, Vicar General, was advised of (and approved) the request by the people of Hammond who wished to create a parish and build a church. On March 30, 1912, James and Margaret Butler sold the land where the church and cemetery stand today for $635.

Of the church began in May 1912. The church was built by Daoust and Bélanger Contractors for $12,895 based on the plans of Mr. Charles Brodeur, the architect. Brick and stone were used for the outside, and plaster was used for the interior. The church included a choir, a nave, a large choir-wall and a small choir-wall (which formerly served for the choir). On September 7, 1912, the cross was installed and on January 12, 1913, the church was blessed by Bishop Gauthier, the Archbishop of the Archdiocese of Ottawa. The presbytery was built by the same contractors, at the same time as the church in 1912.

The church went through numerous renovations. In 1988, the brick facade was replaced with stones. In 2011, strong winds severely damaged the cross, which almost collapsed. Following extensive repairs to the steeple, a new cross was installed.