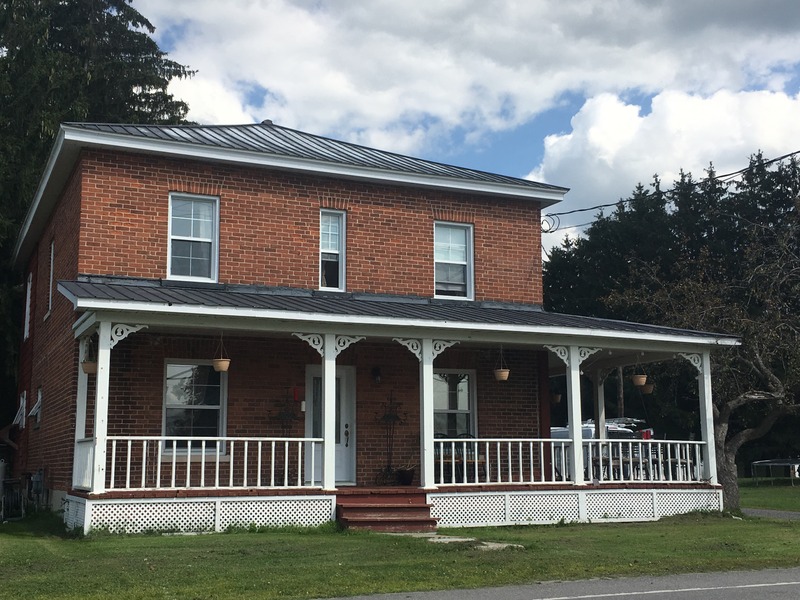 This house is considered a local historic site given its architecture and contributions from its former owner.

John Butler, born in 1822 in Ireland, immigrated to Canada. He first moved to Winchester, Ontario, but later relocated his family to Hammond, where he purchased 200 acres of forest land. He shared his property and his farm with his sons James, Peter, Michael and Thomas. The Butler family played a significant role in the growth of what became Hammond.

Peter sold his farm to Napoléon Lalande and settled close to the village. He built this beautiful brick house in 1910.

Son of Ernest Bouvier and Ernestine Brazeau, Léon was born in Bourget on August 23, 1916. He married Stella Gendron in New York in 1940 and in 1947 they settled in Hammond, in the house of Peter Butler. He was a machinist.