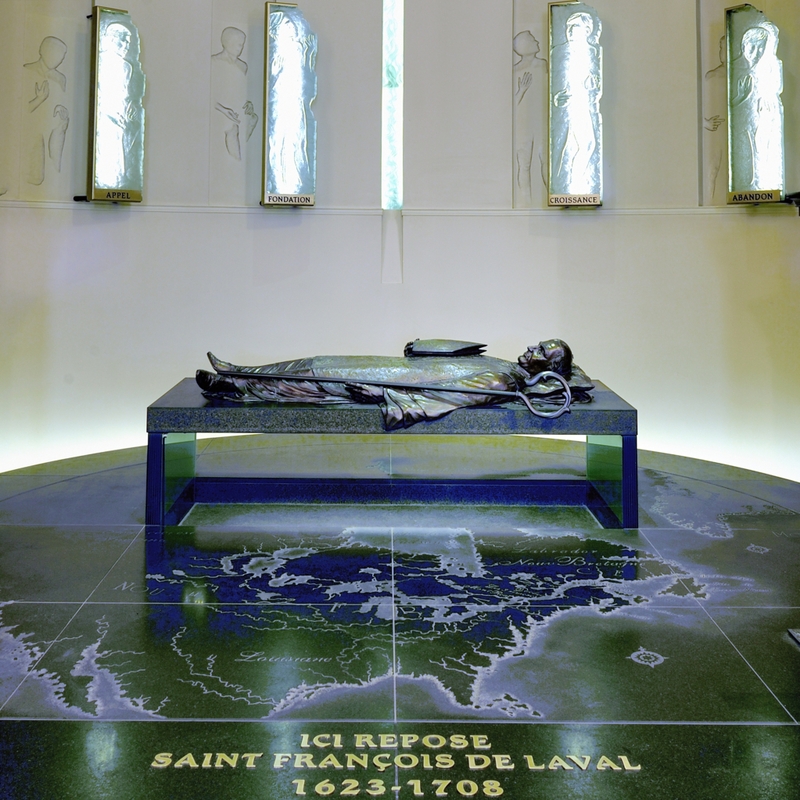 The graves of the other Bishops of Quebec were together in the crypt of the cathedral. The exterior of the Séminaire chapel needed to be closed to worship, as this funerary chapel was built for the Bishop in 1993. The architectural design, developed by Mr. Émile Gilbert, respects the architecture of the cathédrale. 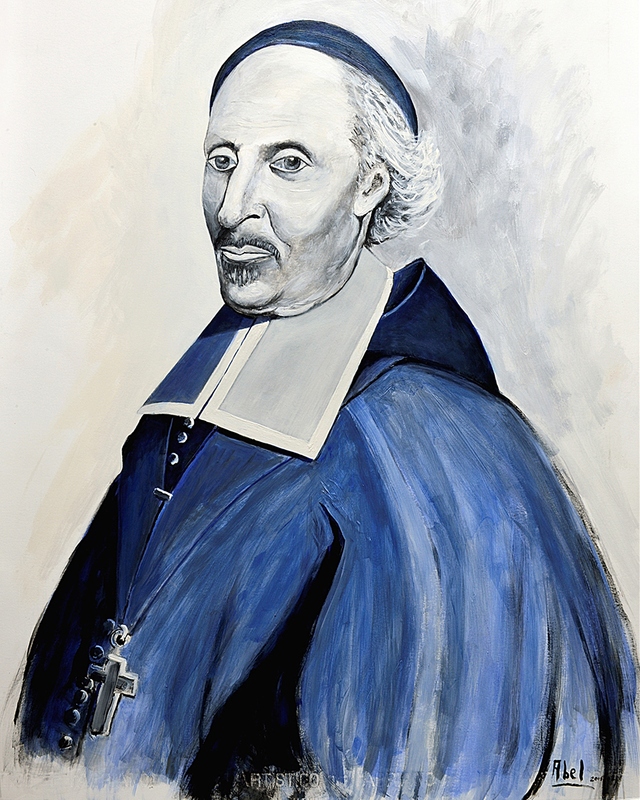 This painting of Saint François de Laval can be seen in the adjacent room.

Saint François de Laval (1623-1708) was an imaginative builder. He is regarded as the image of a resourceful man, completely devoted to his task.  He managed to ingeniously organize this emerging diocese, despite a little workforce and sparse financial resources. To achieve this, he founded the Séminaire de Québec and many other lasting institutions as well as fightingfor the rights of the Aboriginal people.

Bishop François de Laval was canonized by the pope François in April 2014. According to the Cultural Heritage Act.He was acknowledged in 2018 a historical figure of Québec in 2018, 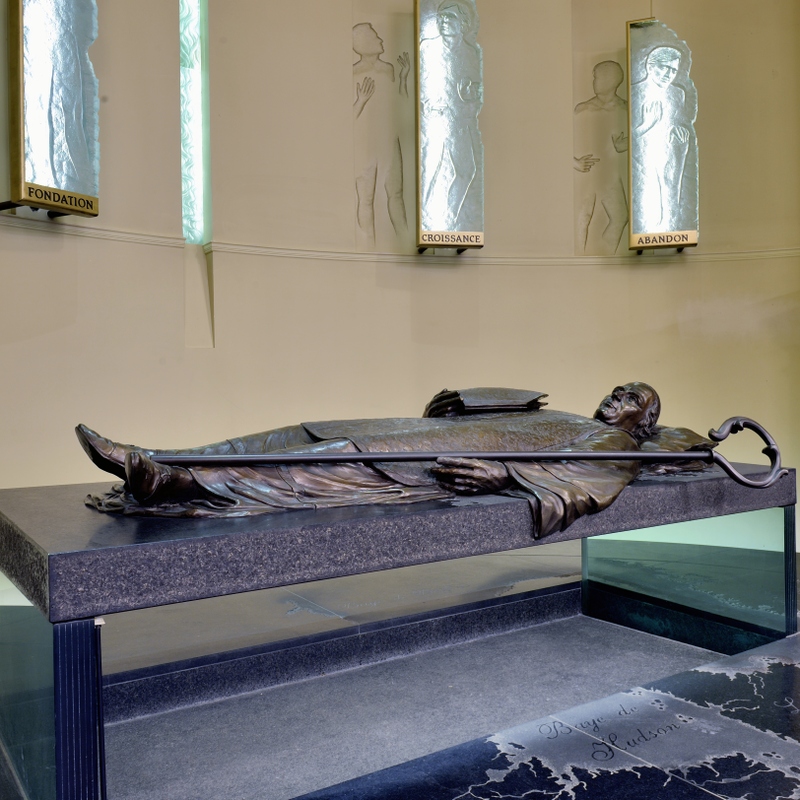 The sculptors Jules Lasalle and Marion Ducharme created this recumbent bronze statue. This work represents Saint François de Laval, wearing his church vestments. His eyes are open and have a meditative look. His lead-coated tomb is located right below his recumbent statue, and not in the crypt. 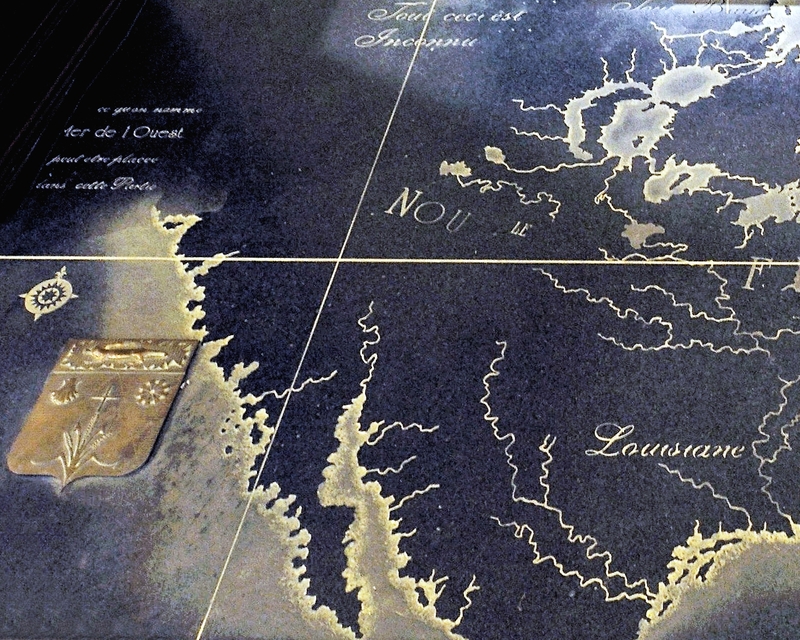 In 1659, François de Laval arrived in Québec, sent by the Holy See as Vicar Apostolic. The territory entrusted to him matches the limits of New France, which includes all of North America, north of the Spanish colonies, excluding the thirteen British colonies.

The geographic map on the floor is on black granite and is sloped, with elevations.  Founded in 1674, it was the first Catholic diocese in North America whose first Bishop was François de Laval. It represents the gigantic diocese of Québec in the 17th century.

When he died in 1708, Bishop de Laval was buried in his cathedral.
Over time, the exact location of his tomb seems to be forgotten. In 1878, during excavation work, workers dug up several Bishops’ graves, including Bishop de Laval’s coffin. His remains were taken to the Séminaire de Québec, the same year, to respect his vow to be buried in his Séminaire, vow which was not respected back then, due to the fire in the chapel of the Séminaire in 1705.

In 1950, the representatives of the Séminaire decided to move François de Laval’s tomb in a mausoleum adjacent to the exterior chapel of the Séminaire de Québec, to promote a better public access to his tomb.
When the exterior chapel became closed to the worship, building a new chapel was taken into consideration, this time inside of the Notre-Dame de Québec Cathedral.

The achievement of the works we can see in the funerary chapel of Saint François de Laval started in November 1992, under the supervision of the architect Emile Gilbert who called on the artists Jules Lasalle and Marion Ducharme. The construction of this chapel was entrusted to the firm Hervé Pomerleau Inc. The costs were paid entirely by the Séminaire de Québec.

The opening of this chapel was chaired by Bishop Maurice Couture, Archbishop of Québec, during an Eucharistic celebration on May 29, 1993.