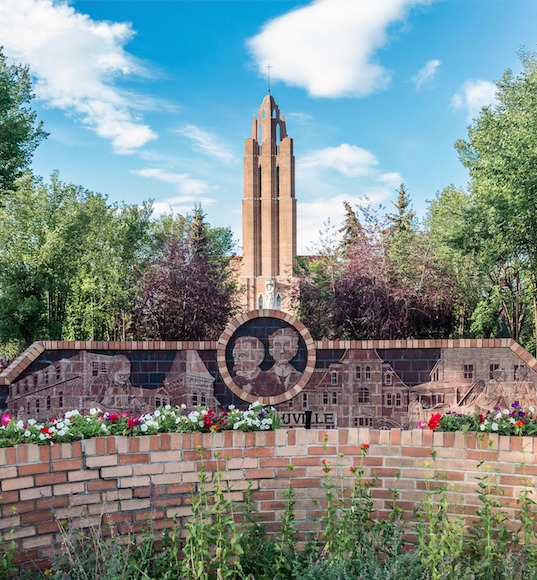 The mural of Rouleauville Square 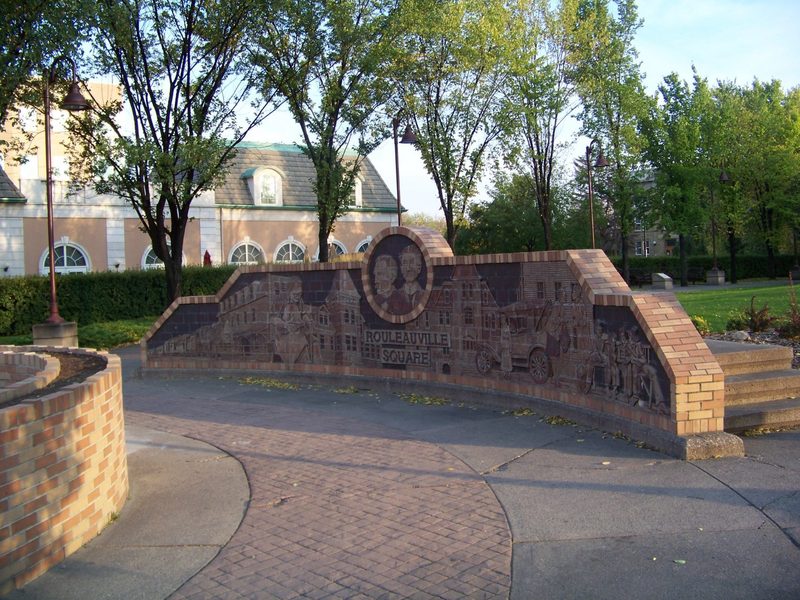 For once, it is possible to touch a work of art! Close your eyes and decipher this work with your fingertips to gain a better understanding of its finer points! 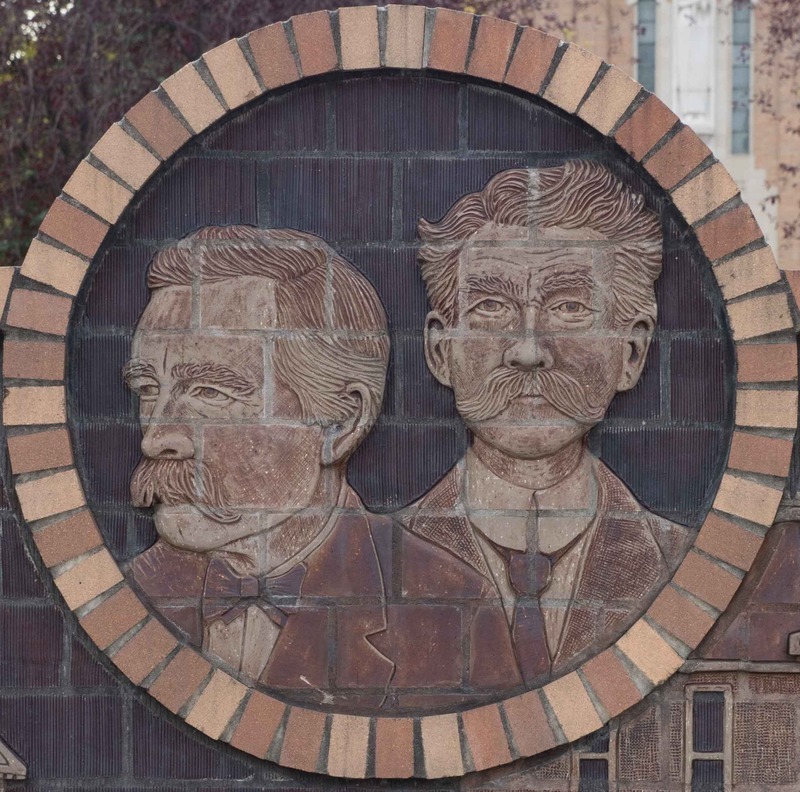 In the central medallion, brothers Charles and Édouard Rouleau stand between St. Mary’s School and Holy Cross Hospital (formerly the Hôpital Sainte-Croix), two institutions that were initially emblems of their cherished French language and Catholic faith. 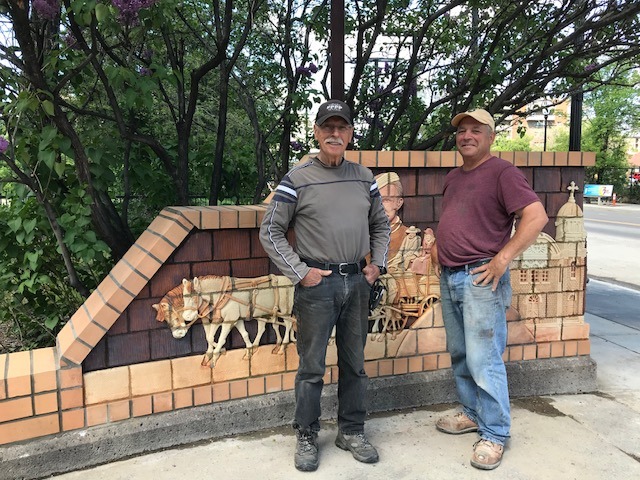 James Marshall appreciates heritage and will fight to preserve it. An artist and historian originally from Medicine Hat, Alberta, he has created several brick murals depicting religious and historical scenes as well as current snapshots of the nature that surrounds us.

This sculptor challenges brick and its whims. The strength of brick actually poses several challenges in its use. James Marshall delights our eyes with the finesse and detail of his work.

James Marshall never stops. He is known for his emblematic sketches of historic buildings and Prairie inhabitants. He shares his talent on the walls of houses, businesses, schools and government offices in Alberta.
His murals are displayed across Canada and even abroad. His clay pottery and sculptures are extraordinary, rare pieces.

Photo: James Marshall, AOE, on the left with his bricklayer, Shayne Kruger, for the brick installation phase during the renovation of the mural after it was damaged by a car. (James Marshall credit).

Of the 7 significant ones: Father Léon Doucet 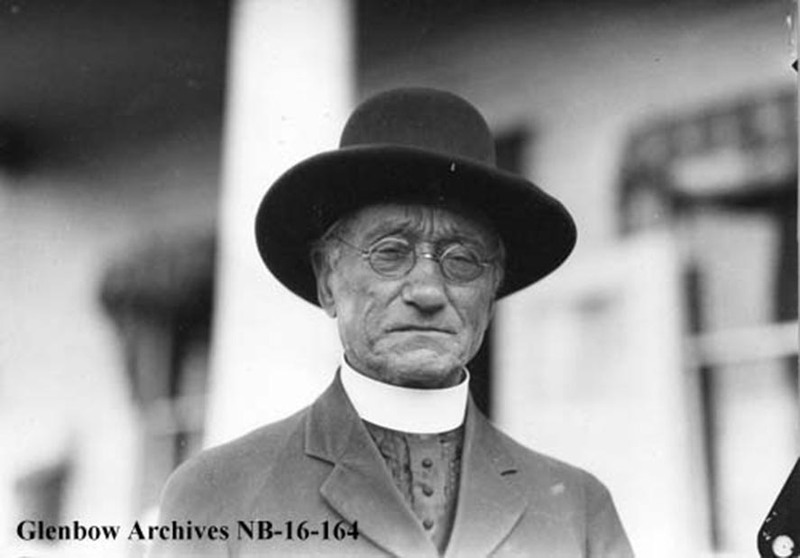 Léon Joseph Doucet was born in France on January 7, 1847. He was one of five children and entered the Missionary Oblates of Mary Immaculate on September 8, 1867.

Being very timid, he joined Bishop Grandin in the Northwest (St. Albert), a five-month trip. He completed his studies there in 1870 and became the first priest to be ordained in Alberta. As a missionary, he worked with the Cree First Nations in northern Alberta under Bishop Grandin, and was later assigned to Our Lady of Peace, the "old mission"up the Elbow River, on May 15, 1875.

When the North West Mounted Police arrived in September 1875, Father Doucet was the first to welcome them. He spent the remainder of his active life as a missionary in the South, primarily on the Blackfoot, Blood and Peigan reserves. He spent many years at Blackfoot Crossing and baptized Chief Crowfoot on his deathbed.

Father Doucet retired in 1938, in his 96th year and 72nd year in the priesthood. Four thousand First Nations people, priests and friends paid tribute to him as they attended the last rites of this quiet, peaceful man who was often referred to as “God’s Little Lamb.”

The Steps of Creating a Mural