The Parish Hall of Rouleauville 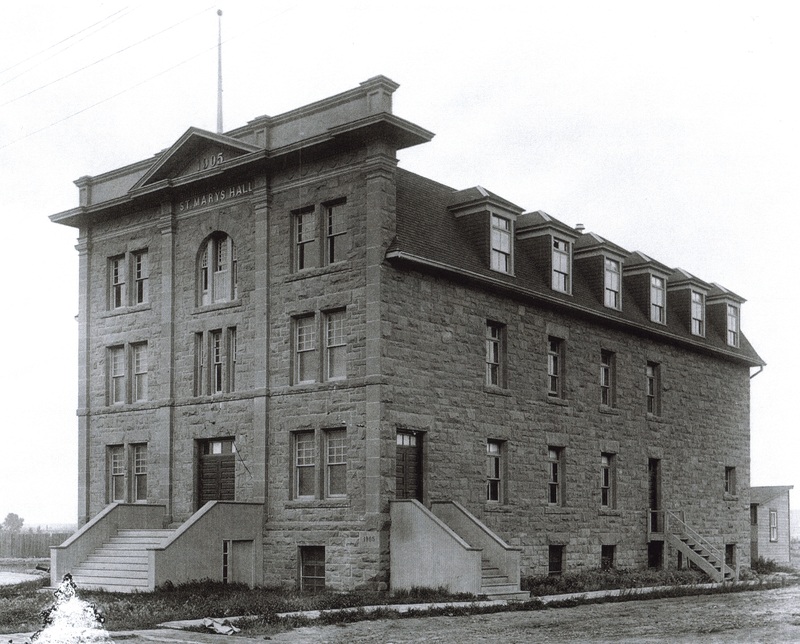 From Parish Hall to the Railway Station 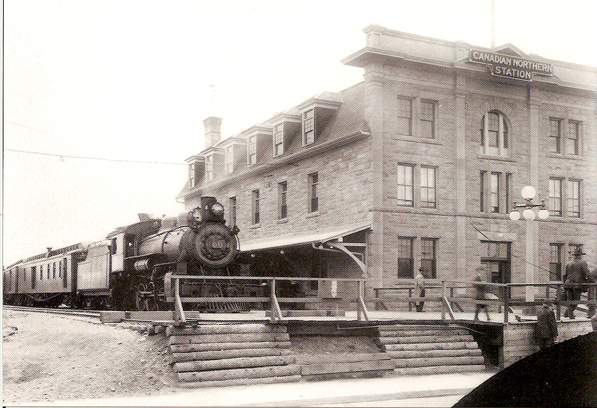 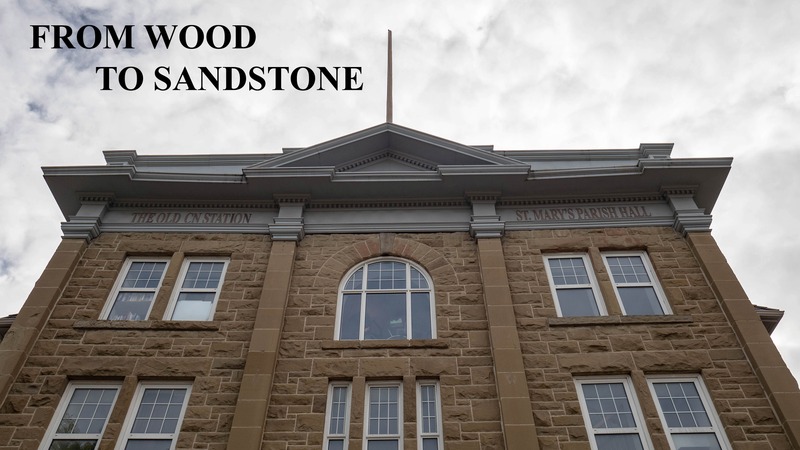 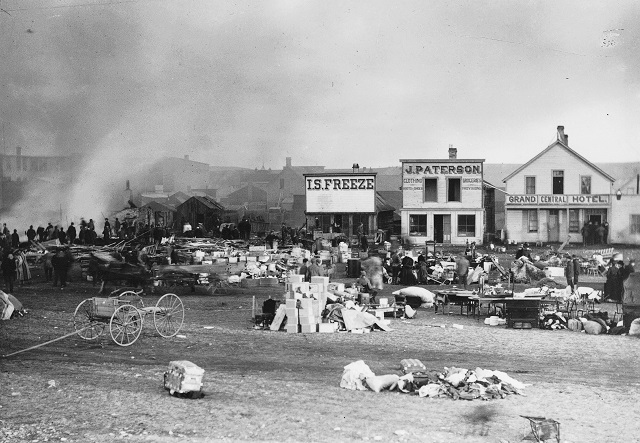 Having learned a lesson from this catastrophe, Calgary residents decided to rebuild using sandstone; a more fire-resistant material abundantly available in the Paskapoo Formation in southwestern Alberta.

This was the beginning of the "sandstone era". 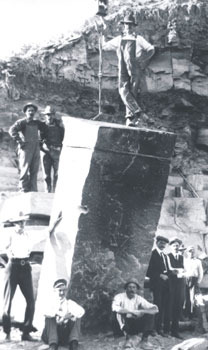 For many years, some fifteen quarries around the city were mined for use everywhere, from Stephen Avenue to Rouleauville-Mission.

Several buildings were built, providing a historic character and important heritage for the city. Among them were the city hall constructed in 1911, St. Mary's Cathedral and, of course, St. Mary's Parish Hall.

Southwestern Alberta sandstone is made up of sand grains eroded from the ancestral Rocky Mountains and carried eastward by rivers some 58 - 65 million years ago.

Over time, the sand was covered by hundreds of metres of sediment which hardened with mineral deposits from underground water. Erosion slowly resulted in the formation of the sandstone outcrops visible today along the river valleys. 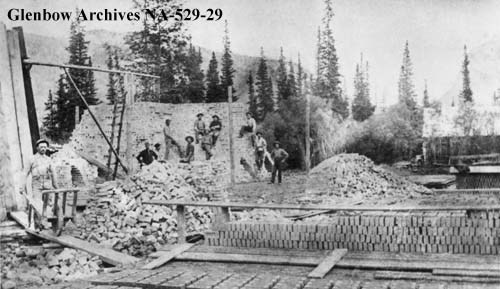 The disastrous fire in 1886 also resulted in a booming brick industry in Calgary. Many residents began building non-combustible brick chimneys using a mixture of schist and sandstone.

By 1907, brick houses were sprouting up in Calgary, and brickyards experienced a time of glory and prosperity. Unfortunately, the beginning of the First World War in 1914 put an end to these two sectors of activity.

Workers were obliged to enlist in the armed forces and abandon their homeland and their families.

The use of brick reappears between the two wars and we still see several buildings from that period in Calgary.