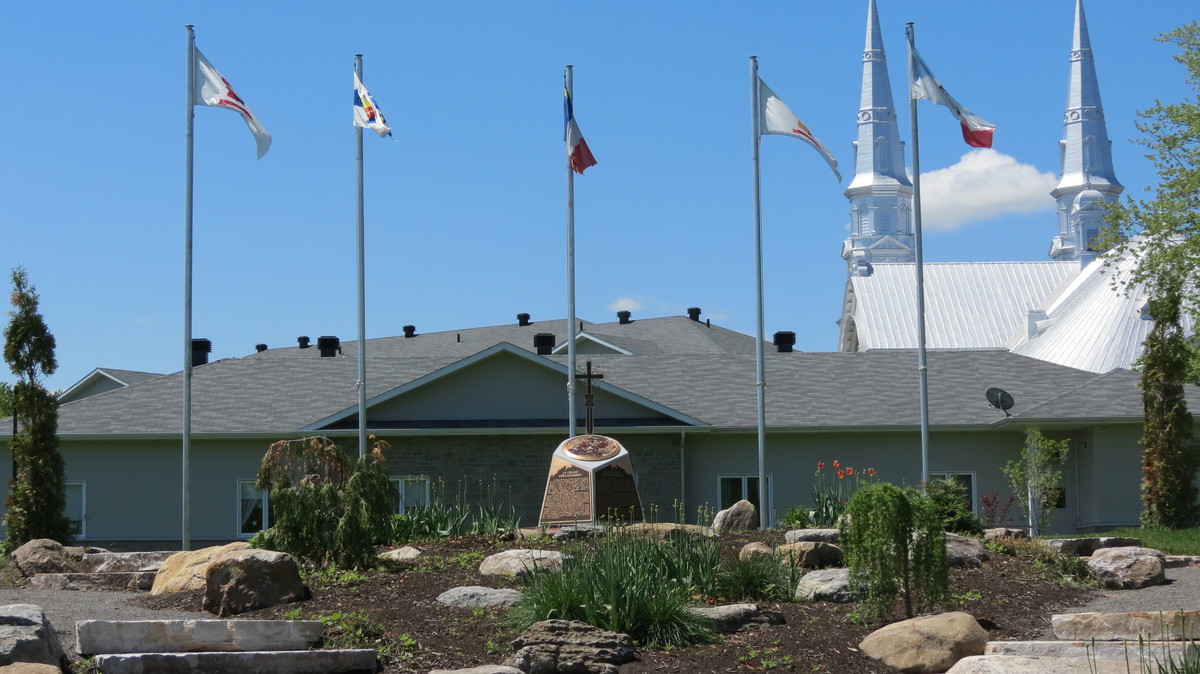 The crowd is slowly leaving the site where the show took place. People withdraw almost silently, still amazed by the greatness of the performance they just attended.
But joy is soon revived as the population dances in the streets. All are tardily going back home, hardly believing it is already over… So early…

A Project That Creates Value 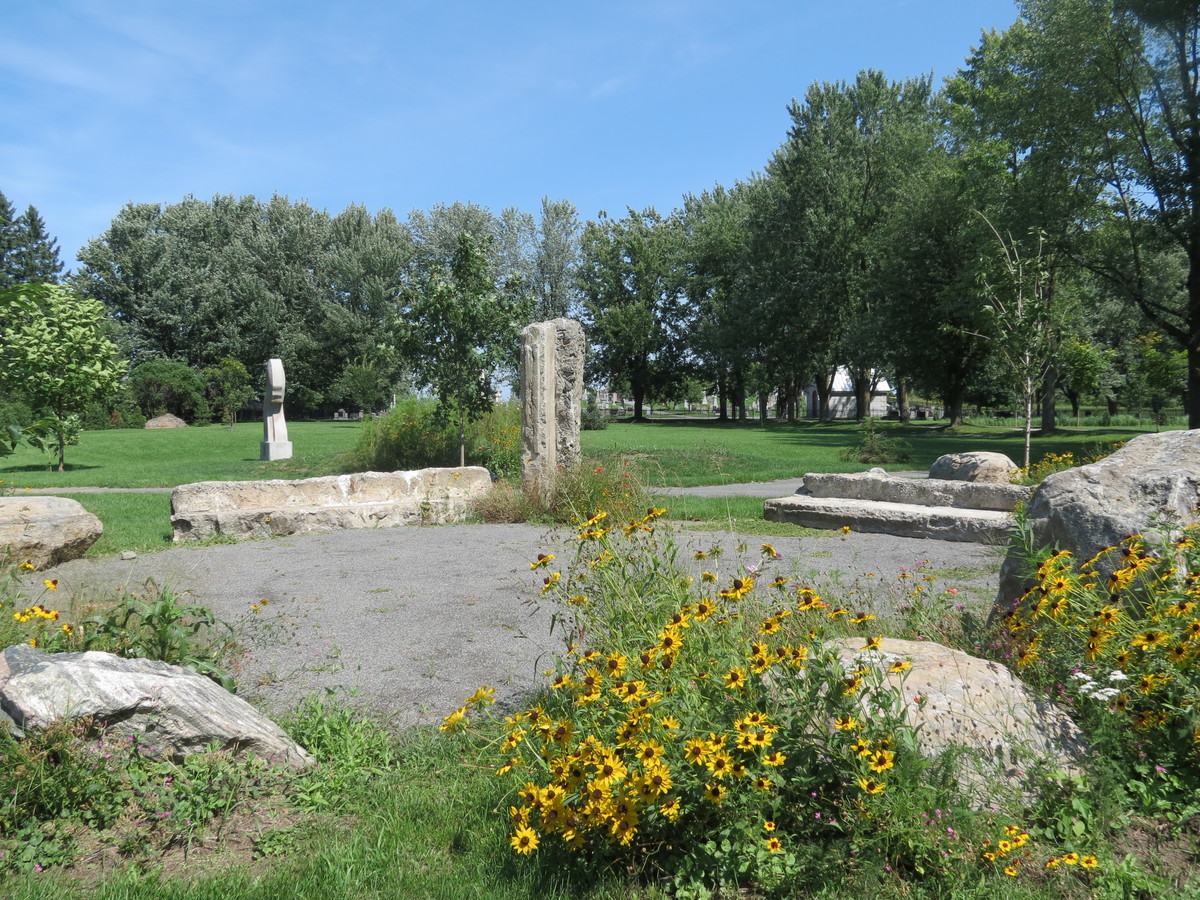 The Parc des Cultures is a multipurpose project, implemented in the heart of Saint-Jacques’ municipality, where there is no other space like this. This environmental project promotes the immense potential of a land, due to its location between the cemetery and the majestic church of Saint-Jacques, but mostly because of its size of 2 hectares and its breathtaking landscaping. It is a project that creates value for our environment and for the whole community.

Space of Peacefulness and Cultural Sharing 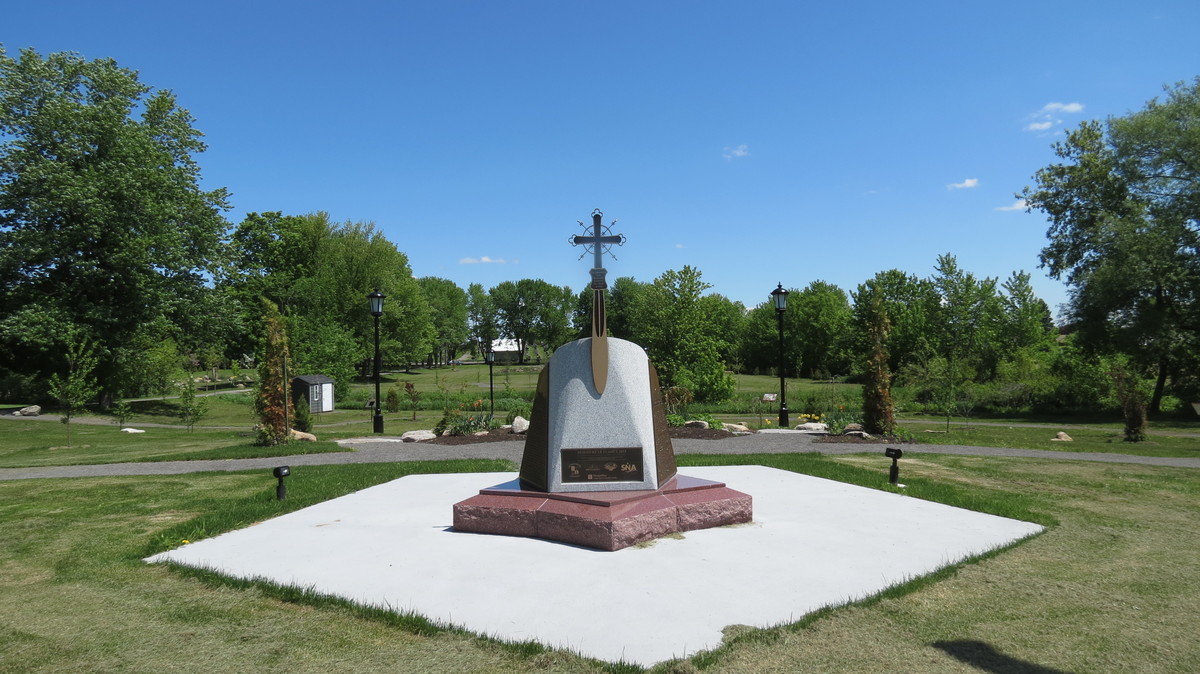 The project was launched in 2013 with the erection of the deportation cross, which symbolizes concretely and permanently the Acadians’ odyssey on the North American continent, and everywhere else in the world. Thereafter, a medieval patio, a Japanese garden, an orchard and a Zen garden for children were created. A community garden, an arboretum, a rose garden and, of course, a cultural area are also included in the plan.

Several benches, crafted by local artists, with the effigy of the founding Acadian families and the ones living in Saint-Jacques furnish the Parc des Cultures and honour our roots. The beautiful Parc des Cultures is thematically divided. A space set for peacefulness and the sharing of culture and arts. Several cultural events happen there throughout the summer, such as the Symposium des arts en Nouvelle-Acadie and various other shows. 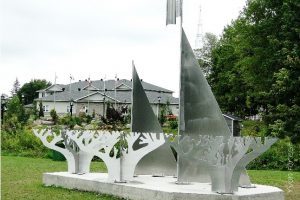 This work of art takes its inspiration within the roots and the greatness of Acadia, with the arrival of large sailing ships of French colonists, who contributed to populating America. 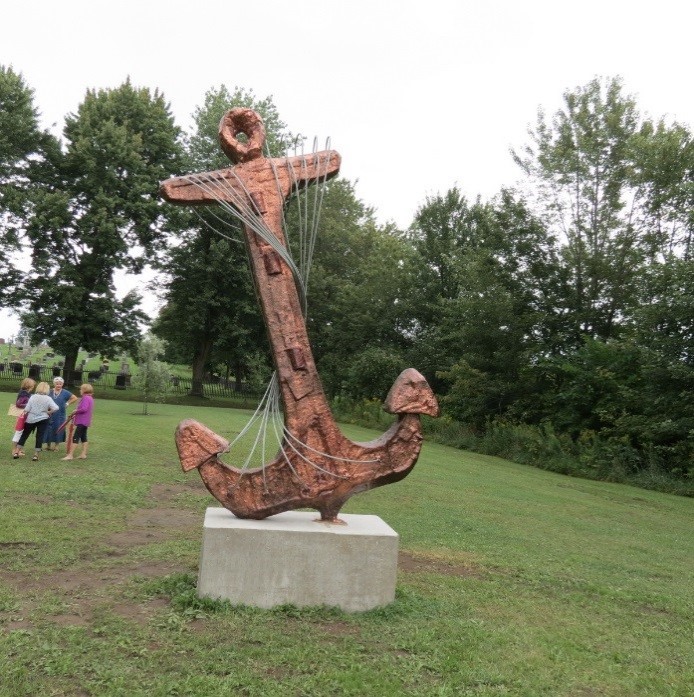 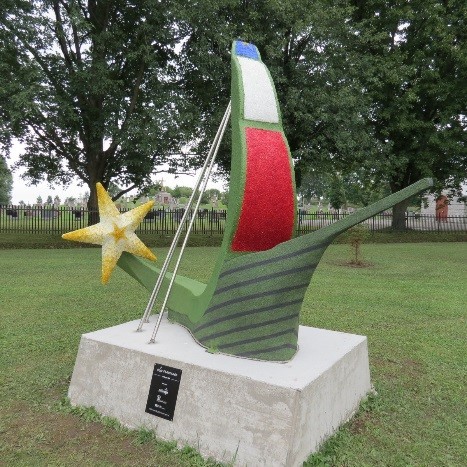 This work is an interpretation of a sailing ship, with both realistic and stylized shapes, and it focuses on the quest of the New World and the Acadian Renaissance, which unfolds on many North American territories. 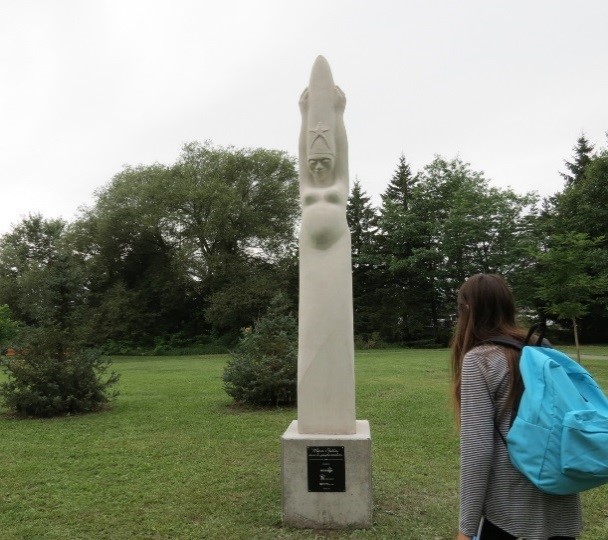 Inspired by the Acadian national anthem, Ave Maris Stella, this work portrays, through its stylized lines, a pregnant woman (bearer of the country), reaching for the sky; she represents Maris Stella, The Acadian people’s soul, carrier of courage, hope and future. 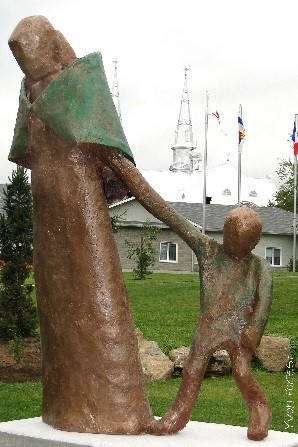 Every deportation and immigration story comes with suffering; families are broken, people need help and hospitality. This work depicts immigrants embodied by a woman and her two children, who are already very tired. 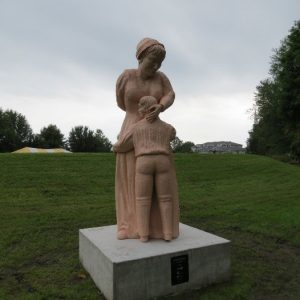 Consumed by the immense distress of her husband forced embarkment on a ship that will deport him, a mother set aside her pain to comfort her child. 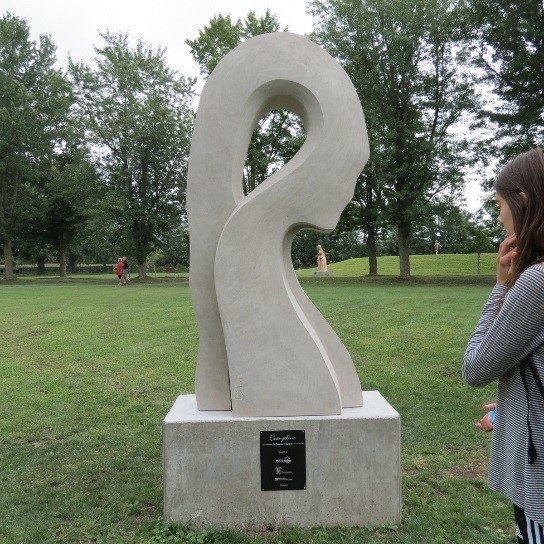 This sculpture is inspired by fictional heroine Évangéline from the epic poem by the American Henry Wadsworth Longfellow written in 1847 which tells the sad story of the Acadian deportation.