The Old College of Saint-Jacques 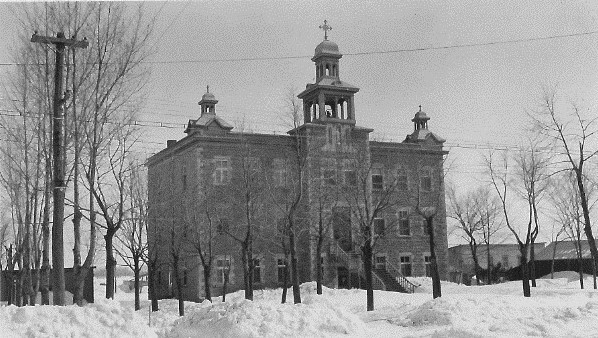 Our humblest farmers admired this classic education and wanted to grant their sons of it.

In 1912, thanks to the commissioners’ initiative, a spacious building was erected. It was a three-storey high, smooth stone building.

The construction was modern and hygienic. Besides the classrooms, the chapel and the religious’ private rooms, a dormitory was set up to welcome the residents.

Many children even came to this place from the countryside and neighbouring parishes to complete their education until the end of the complementary class.

A Place for Education 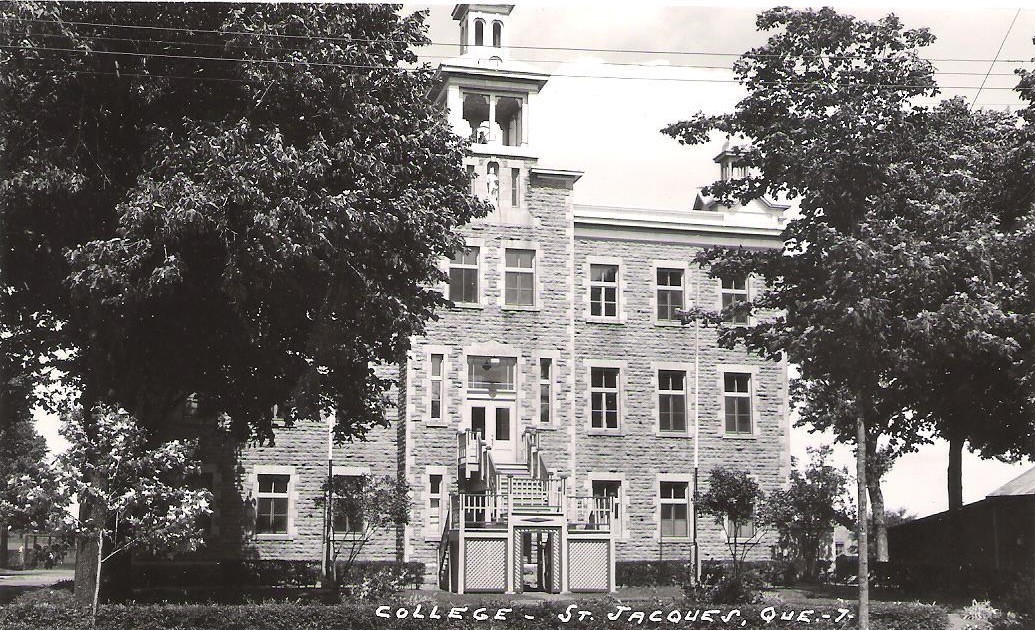 The old college of Saint-Jacques comes after many other educational institutions for boys in the village.

From the moment they left until 1901, the students’ education is covered by lay teachers. They teach in a single-storey stone house located on the old college’s lot.

Another religious community, the Brothers of St. Gabriel, picks up the boys’ education from 1901. Constant needs for space encourage La Fabrique to build a new building on the initial site, in 1909. It is more spacious and better suited to teaching. 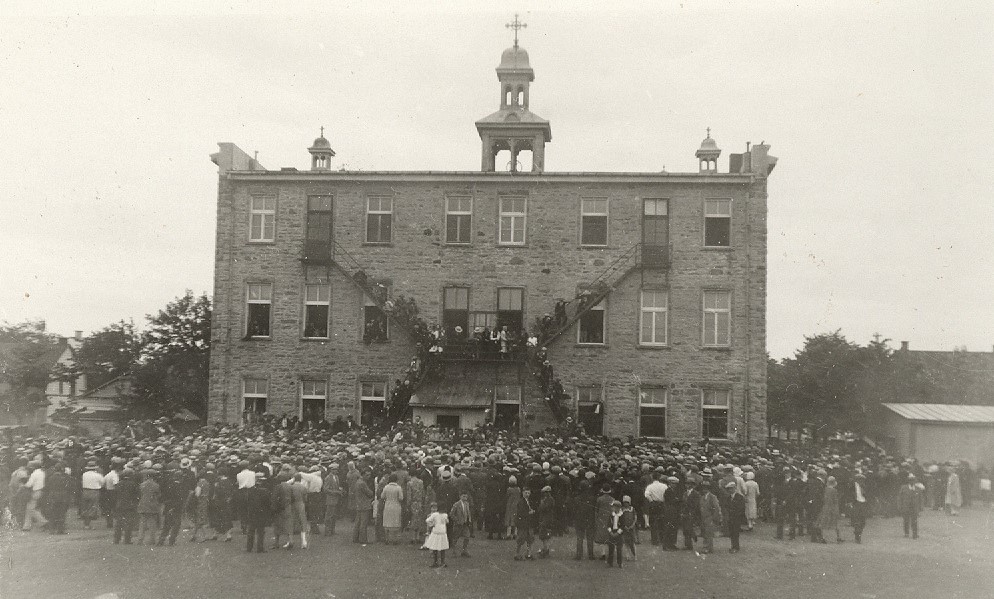 The Académie Saint-Louis-de-France, known today as the old college of Saint-Jacques, is built in 1912. Its construction takes account of modern technologies and the most recent hygiene standards. It has classrooms, a dormitory, a private room for religious and a chapel. A statue of Saint-Louis-de-France embellishes the facade. It marks the presence for 25 years of the Brothers of St. Gabriel in Saint-Jacques.

For more than 60 years, boys are taught by the Brothers of St. Gabriel. Starting in 1961, a new elementary and high school (also named Saint-Louis-de-France) takes over. It is located behind the old college and some brothers teach there. During that same year, social groups and community organizations occupy the premises of the old college of Saint-Jacques. 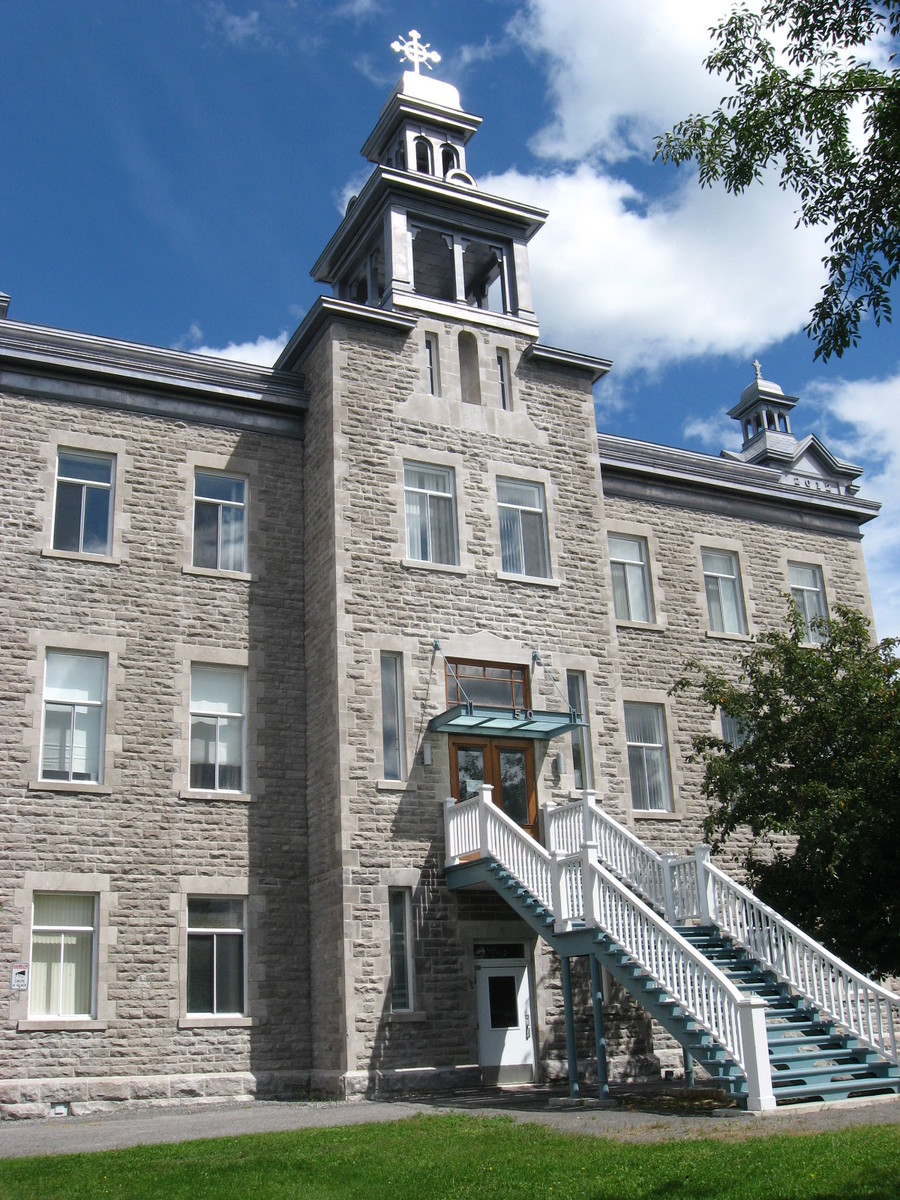 The Vieux Collège of Saint-Jacques is recognized in 2008. The building is used as a cultural centre where community organizations and small businesses settle in.

The architectural and historical specific features of the old college of Saint-Jacques include, among other things:

- Its massing, which consist of a rectangular plan, a three-storey elevation, a flat roof, a central avant-corps surmounted by a two-storey campanile topped by a dome, as well as lanterns (of rectangular base and with a pavilion roof);

- Its materials, including a rusticated stone masonry work and smooth stone or sheet metal architectural and ornamental features;

- Its openings, evenly distributed, such as the rectangular windows (some of which are narrow), architraves and cellar windows;

- Its ornamentation, which are the grouped niches, a Saint-Louis-de-France statue, the cornice and quoins;

- Its location, set back from the public road, on a vast landscaped lot;

- Its proximity to the village rectory, the church, the convent of the Sisters of Saint. Anne, the sexton’s former house and the parish cemetery, within the core of the Catholic institution.